The rapid erosion of a Timaru coastal wall is forcing some sports groups to move their club rooms.

The South Canterbury Deerstalkers Association and the Timaru Pistol Club share a combined club room on the edge of Patiti Point, where a roughly 6m-high sea wall has been subject to rogue weather and tidal changes that have eroded it.

Other nearby clubs are also about 10m to 11m away from the wall.

The erosion has forced the council to shut neighbouring footpaths in recent weeks, and South Canterbury Deerstalkers Association's president Tim McCarthy - whose clubrooms are across that footpath - said they had seen the cliff disappear rapidly. 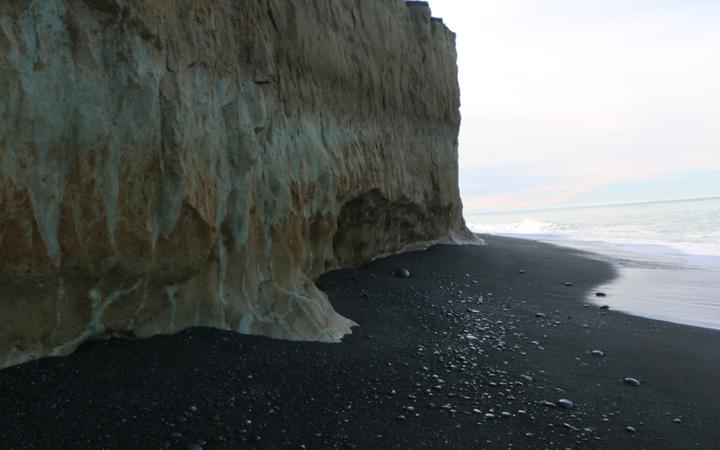 Waves have been lashing the base of the Patiti Point sea wall, which has lad to huge chucks falling from the top of the 6 metre wall into the ocean. Photo: RNZ / Nicholas Pointon

"The council has had to pull out all the fence along the side and try and recover it before it falls into the sea," he said.

"Last week, there was a significant amount that fell off the bank - about two, to two and a half metres - and it just goes straight down. It's not just a wee bit that falls off, tonnes and tonnes of clay fall off."

He said members of the deerstalkers association were at the fence on Wednesday evening and saw half-tonne lumps of clay that had just collapsed. The sight was a little too close for comfort for the club, which had been at Patiti Point for nearly 30 years.

Mr McCarthy said they had been left with no choice but to relocate the clubrooms to a new site down the road, provided by the council. 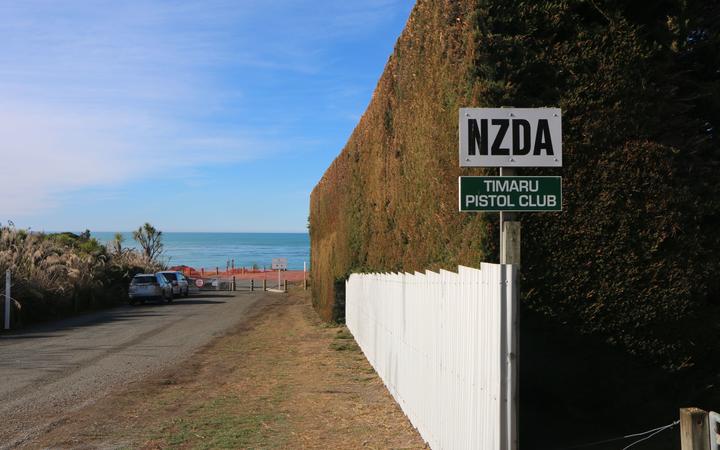 The South Canterbury Deerstalkers Association and the Timaru Pistol Club shared clubroom on the edge of Patiti Point is under attack from Pacific Ocean. Photo: RNZ / Nicholas Pointon

"Next for us, we have to get our plans into the council for the foundations, there is a bit of excavation that needs to be done on the new site to get the clubrooms level," he said.

"Once we have done that we can get the shifters in and shift the clubroom." 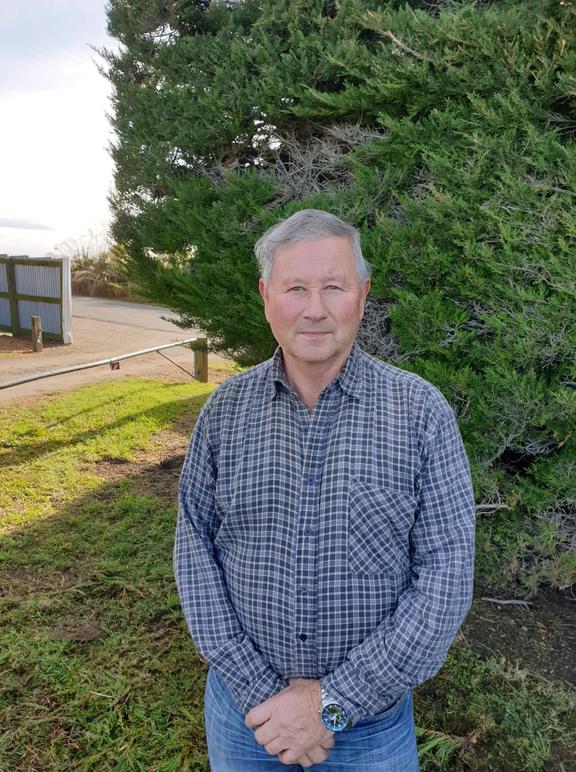 Michael Carroll has been a member of the Timaru Pistol Club since it started in 1974. Photo: RNZ / Nicholas Pointon

Timaru Pistol Club, which shares the clubroom with the Deerstalkers Association, is in a similar boat and member Michael Carroll got quite the shock when he returned from a six week tour of Canada.

He said his club would need support from the council if they too had to move.

"Hopefully the council will come up with something to help us. It's their land and they haven't done anything about perserving the bank and we are at the peril of the sea.

"I don't know if the president [of the pistol club] has been speaking to the council or not, but unless they support us to shift we are going to find it a bit of a struggle.

Mr Carrol is the last surviving inaugural member of the club, which started in 1974. Talks are already under way about a potential move for the pistol club.

"The council believes we can't beat the Pacific Ocean, so basically the strategy has been a gradual retreat as safety has been paramount in all cases."

Mr Dixon said engineering consultants provided the council with a report about the thinning sea wall.

"Once the cliff got within one and a half metres of the fencing, the fencing had to be pushed back.

"That has happened a number of times, but now there is nothing to move back on."

He said the sea wall eroded by about half a metre per year prior to 2018, but had accelerated to about 10m in the past 12 months. 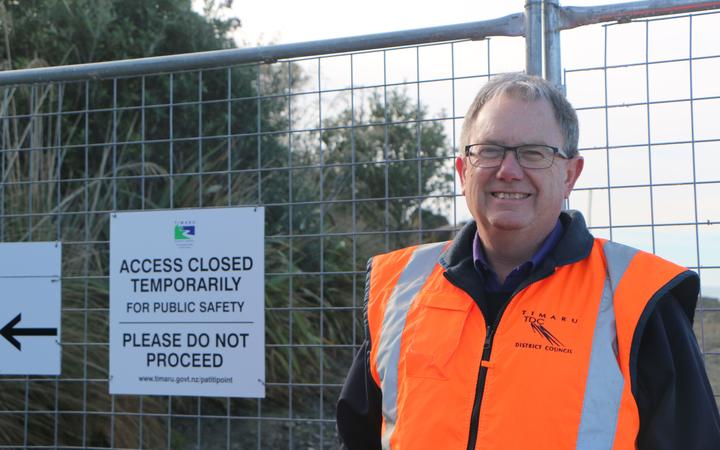 Mr Dixon said he was not entirely sure why it had changed.

"It's been eroding a while but at a minimal amount. In February last year, we got the tail end of Cyclone Gita which started really started the erosion in a much more rapid way," he said.

In June, councillors agreed to set aside $30,000 to fund an erosion management plan.

Timaru District Councillors are set to receive an update on 30 July.