Overnight flooding closed State Highway 2 in Whakatāne this morning and at least one school in the area will be shut today. 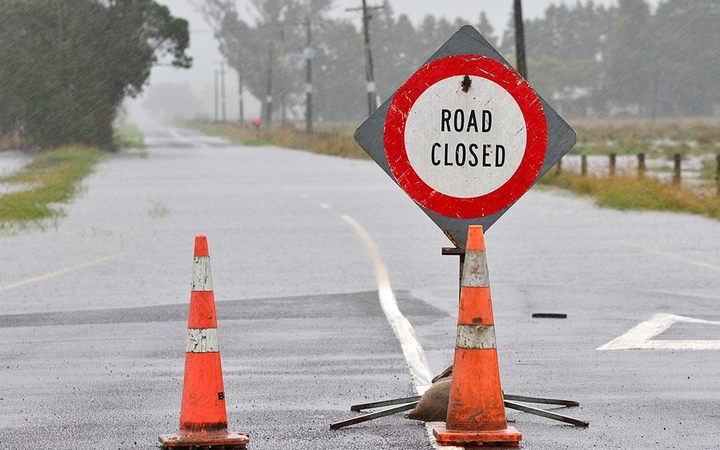 State Highway 2 in Eastern Bay of Plenty, White Pine Bush Road between Taneatua Road and Rewatu Road reopened about 11am after being closed due to flooding.

Waimana Gorge remained closed between Awakeri and Ōpōtiki after the region was hammered by 180mm of rain in 24 hours.

"Virtually any land beside rivers in the eastern bay, also in the western bay because the Kaituna River had moderate flood as well: all those areas the stock had to be removed to higher ground.

"We had two levels of warning, the first threshold when they move stock up and the second one for a bigger flood."

That second alert was issued for the Whakatāne River about 5am and was expected to peak about 8am.

Mr Blackwood said the rain was easing and most other river levels were starting to recede.

Many areas of the country have been inundated by heavy rain as a cold, rainy front moves north this week.

The Desert Road re-opened after it closed this morning due to snow and ice on the road.

There were also road snowfall warnings in place for Porters Pass, the Desert Road and the Napier to Taupō Road overnight, and drivers were urged to beware the risks of black ice.