Controller and Auditor-General John Ryan has written to District Health Board heads about their worsening financial positions and also the state of hospital buildings. 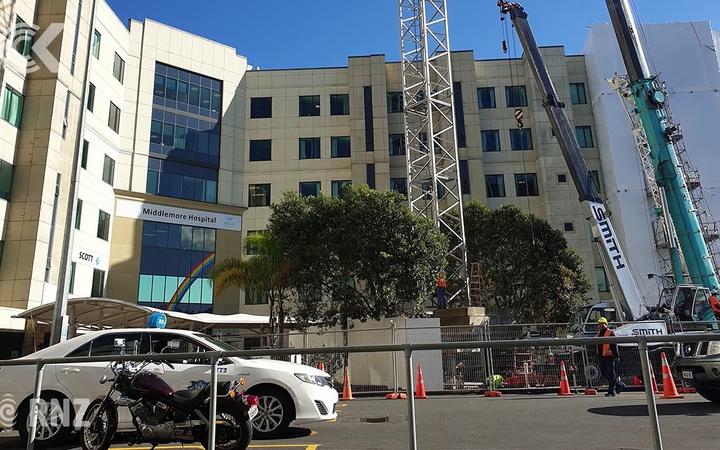 Mr Ryan's latest audit of DHBs notes that in just a few years it's gone from one or two DHBs experiencing financial difficulties to almost all budgeting for deficits, and many struggling to achieve those budgets.

He raised concerns about the ongoing viability of the national hospital infrastructure.

"Significant proportions of the estate have reached an age where buildings need to be replaced, and updated facilities are needed for a population that is increasing and getting older."

His letter said it was encouraging to see more integrated planning taking place, such as the proposed National Asset Management Plan the Ministry of the Health is preparing.

But he also highlighted the amount of capital charge - the interest payments on capital investments - that DHBs have paid to the government.

Mr Ryan said capital charge for new capital, such as for new hospital buildings, are not funded.

"DHBs clearly feel the impact of the sudden increase in capital charge in these circumstances ... As we have noted previously, it is not clear what the capital charge is actually achieving in the health sector.

"I look forward to the findings of the Ministry of Health's review of the health capital funding system," he said in the letter.

"This government is committed to funding health better," he said.

"I strongly welcome the Auditor-General's support for the government's efforts to reverse the lack of planning and investment in maintaining our hospital assets.

"We are investing $1.7 billion in hospital rebuilds over two years, and a further $20 million over four years to actually plan for future needs - things the last government neglected to do", Dr Clark said.

Mr Clark told Morning Report today that removal of the capital charge was something ministers had been considering and it was something he expected to make an announcement on in the coming weeks.

"The Treasury a couple of years ago said a quote along these lines 'may have caused unintended consequences' ... which is very strong words for the treasury if you've had anything to do with them.

"It makes good theoretical sense, that's why the Treasury pushed for it originally, but as I say I think the Treasury are now questioning whether it really works well in the health sector as it was intended, and that's why they raised that issue when I was still in opposition and why this government's been determined to have a closer loook at it."

However, National Health spokesperson Michael Woodhouse said DHB financial woes could not be "sheeted home at the feet" of the capital charge.

"I find that a very unusual statement from the Auditor-General, to be honest, because the capital charge is applied to all public sector organisations ... and it reflects the fact that money has a cost," he said.

"Clearly it's a burden and it may be a case that it's influencing decisions to delay capital expenditure, and that is appropriate to look at.

"But to eliminate them all together I think would be sending the wrong signal - the expectation should be that the DHBs manage within their budgets," he said.

Mr Woodhouse said one of the main factors contributing to spiralling DHB deficits is that the government promised a significant wage increase, but hadn't funded for them.

Mr Clark agreed that capital charges made sense for day to day management of capital assets, but said it had "really caused problems for DHBs" when it came to big new builds and investing in hospitals.

"DHBs have put off investing in big infrastructure because they subsequently get a big whack of capital charge," he said.

"I'm not quite ready to make announcements but there will be some changes."