By Amy Maas and Adam Dudding for Stuff

A witness who gave evidence in the trial that convicted Gail Maney for murder says they lied to police after being "threatened and harassed". 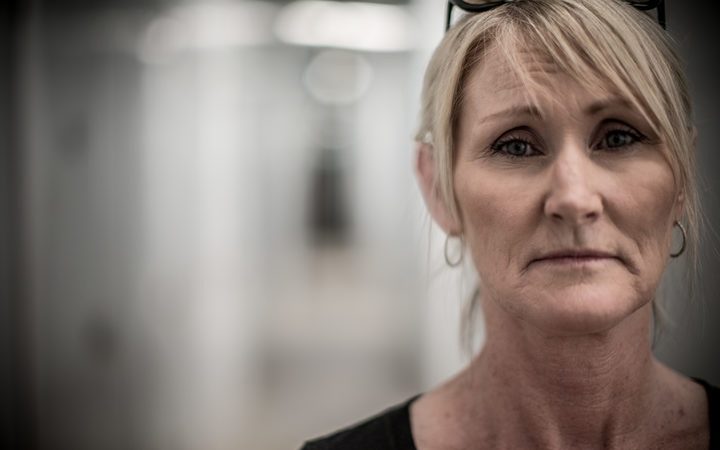 An affidavit signed by the witness, whose name has been permanently suppressed by the courts, will be used as fresh evidence to help clear Maney's name.

The witness said they lied when they admitted being present during the murder of West Auckland man Deane Fuller-Sandys in 1989. The person also claimed to have been pressured to give a false statement after police threatened to take away their young child.

Maney was jailed for life for her part in the death of Fuller-Sandys and the case against her is laid out in Gone Fishing - a true-crime podcast produced by Stuff and RNZ.

It was alleged that Maney ordered his killing after he broke into her house and stole drugs from her. It's also alleged that Stephen Stone - who is currently still in prison - carried out the murder.

According to the evidence given in two trials, a group of up to 10 people stood in a small garage in Larnoch Rd, West Auckland, and took turns shooting Fuller-Sandys before disposing of his body.

It is also alleged that a young woman, Leah Stephens, had witnessed the killing and had threatened to tell police. Stephens disappeared from Auckland's Karangahape Rd in 1989 - around the same time Fuller-Sandys disappeared - and her skeletal remains were found in Muriwai in 1992.

Maney's conviction was based on the testimony of four witnesses who were interviewed eight or more years after Fuller-Sandys disappeared. They were all given immunity from prosecution. Two of those witnesses had admitted the rape and murder of Stephens.

Maney was jailed for Fuller-Sandys' murder after two jury trials, and has been trying to clear her name ever since. She is currently on parole.

In Gone Fishing, witness Tania Wilson said that police pressured her into lying about the scenario of events which implicated Maney ordering Fuller-Sandys' killing. The second witness now claims the same thing happened to them.

The witness made contact with Maney's lawyer, Julie-Ann Kincaide, and it's understood they have spoken to private investigator Tim McKinnel, after being made aware that the case was being recanvassed in the podcast.

McKinnel said that the witness has brought forward "a really important new piece of evidence".

"By the police's own admission, the Crown case relied solely on these four secret witnesses. Now we know two witnesses say that not only was Gail not involved, no shooting ever happened."

McKinnel added that it also raises "incredibly serious questions" about immunity being granted to the two other witnesses for the rape and murder of Stephens, and whether they were "credible, reliable witnesses".

"Our team has looked very closely at their statements and evidence, and in my view their evidence is little more than a pack of lies," he said.

McKinnel said the witness who has recently admitted lying was "vulnerable" and concerned about what coming forward might mean for them.

The witness was spoken to by police in 1997 - eight years after Fuller-Sandys went missing. Police told the witness then that they believed he had been murdered, and that the witness had been involved. But the witness said in the years since his disappearance, there had never been any suggestion he'd been murdered.

The witness said that while police were trying to obtain a statement, officers would come to the house in "marked and unmarked cars, sometimes in large numbers".

"They also started to say that other people are telling them that I actively took part in his murder, which I vehemently denied and they still kept pressuring me," the witness said.

"They would search my house, told me that they were going to make my life a misery if I didn't start playing ball, which meant admitting to my so-called role in his murder."

At the time, the witness said they had "full confidence in the justice system and how lies will come out and there is no way that in New Zealand somebody can be charged with something that they didn't do".

Although the witness denied having any involvement in the killing, they admitted they had known Fuller-Sandys since they were both teenagers. But the person remained adamant that Maney did not know him. 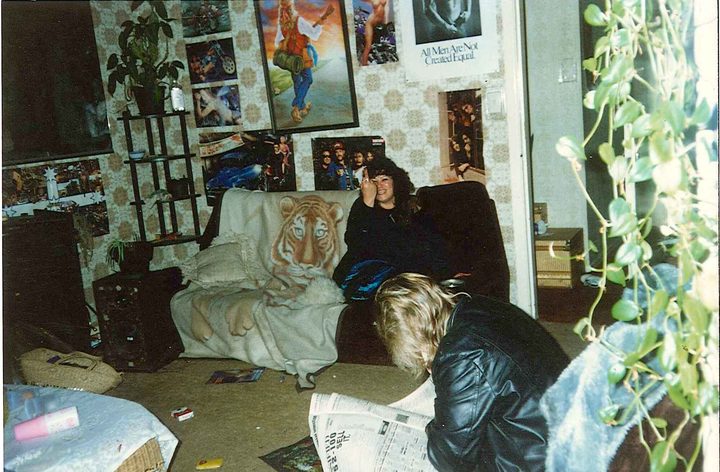 "My view was that he wasn't murdered and he was washed off the rocks fishing. There had never been any whisperings, any hint, anything over the years to even support that theory or notion in any way shape or form," the witness said.

"West Auckland was a small place back then and we all knew everybody. So surely if there was anything we would have heard."

The witness claimed to have been "pressured and harassed" into making some of the statements - one of which laid out a scenario about a shooting in a garage at Larnoch Road, Henderson.

"It was constant and it was never ending. Every bloody week they were at my house, sometimes five or six of them, on one occasion searching through my stuff, making their presence felt no matter where I went.

"They would pull me over driving, they'd bring marked cars into my street, they were just relentless. They wanted a statement and they wanted the story confirmed and they were not going to leave me alone until I played ball, was their words. 'Play ball or your life's going to be a misery."

It is clear from evidence gathered during the making of Gone Fishing that the witness and Tania Wilson were left alone to corroborate their accounts of what happened.

Now, the witness claims that there had never been a gathering in the garage where the alleged shooting was meant to have happened, and that the witness had never seen Maney or Fuller-Sandys in a room together.

The witness, along with Tania Wilson and two others had their identities kept secret under a deal with the Crown Solicitor at that time in exchange for their testimony against Maney and Stone. Immunity from prosecution was part of that deal.

Immunity from prosecution is granted by the Crown Solicitor with the requirement that witnesses give evidence for the prosecution - or Crown - at a trial. It's understood that the evidence has to be given truthfully, without relying on the privilege against self-incrimination.

But witnesses who are granted immunity are not protected if they give untrue evidence - commit perjury.

Crown Law does not hold electronic records from before 2009 for immunity cases, and each case needs to be looked at individually to see whether immunity was actually granted or not.

It's therefore not clear how many witnesses have been granted complete immunity from prosecution for both rape and murder in New Zealand, despite admitting the crime.