*Warning: If you haven't yet listened to the Gone Fishing podcast, please be aware there are some spoilers in this article.

Opinion - It's the obvious question to ask, isn't it - do I think Gail Maney is guilty or not?

The answer, though, isn't obvious at all. 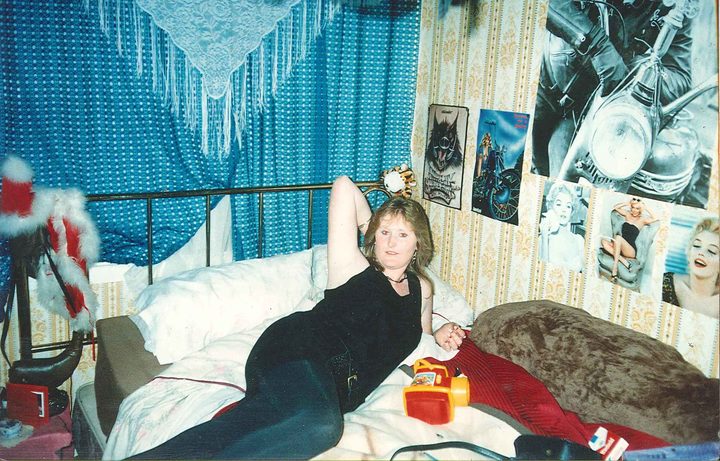 Gail Maney, photographed years before she was convicted for the murder of Deane Fuller-Sandys. Photo: Supplied

When Amy Maas first talked to me about the Gail Maney case I was interested but sceptical. Sure, Maney insists she didn't call for a hit on Deane Fuller-Sandys. But prisons are full of people who say they didn't do it.

But then I started looking at some of the documentation that Amy had tracked down about the case, and I started to wonder.

The thing that first got me doubting was a bundle of statements and police interview transcripts from "Neil" and "Martin" - two men who said they were there when Stephen Stone killed Deane Fuller-Sandys, and again when Stone raped and killed Leah Stephens. These two men received full immunity from prosecution for their involvement in those crimes, plus witness protection and new identities, in exchange for pointing the finger at Stone in court.

What's blindingly clear is that these guys are liars. Neil in particular seems to take a certain delight in making up small dramatic vignettes - complete with detailed dialogue and stage directions - about events that quite obviously never happened. He achieves peak falsehood with a vivid account of watching Stone shoot a man called "Steve Number Two". Supposedly, Neil then took a shovel and whacked the dying "Steve Number Two" about the head.

This version of events didn't last long, though, because the police tracked down "Steve Number Two" and found he was alive and well. Neil had tried to confess to participating in a murder that never happened! Yet his testimony was central to the evidence against Stone and Maney.

There were other problems in the police case, and Amy and I dig into them in Gone Fishing: the house next door that wasn't habitable when a witness was meant to be living there; Maney's argument that she didn't even meet Stone till after Deane Fuller-Sandys was missing; a key witness's recanted evidence - the list goes on.

Yet despite all these problems with the Crown case, I kept discovering reasons to doubt my doubts. With each new interview or document that came our way my thoughts on Maney's guilt or innocence kept whipping back and forth.

That was especially the case when I was reading the transcripts from Maney's 1999 trial and 2000 retrial. Because time and again, the crown was able to bounce back when challenged. And where prosecutors couldn't disprove a defence claim, they were often able to muddy the waters.

So maybe, just maybe, the neighbour Kathryn Salle was living in her house before the sewers and electricity were properly connected. Maybe all those changing witness accounts are actually the product of dogged police interrogations which slowly peeled back the onion layers to find the truth. Maybe Deane Fuller-Sandys and Maney did meet, even though the police don't have the photos of him at Maney's house that might have settled the matter. Maybe Maney was guilty.

So I kept finding myself sitting on the fence, then getting off on one side, then getting back up on the fence. Depending on which side I found myself on a given day, Amy and I might end up arguing quite forcefully about the probative value of the latest obscure detail to come to our attention.

If Maney is guilty, though, she's a hell of a good liar. I've not got to know her as well as Amy has, but in person I found her charming, intelligent and warm. She behaves in the way I'd imagine an innocent person would. I'd really like to believe she's innocent. And it's certainly possible that she is.

It feels like a cop-out to be still sitting on the fence, after spending so much time digging into a case. But even while I remain unsure about Maney's guilt, I'm sure about something else: Her case was built on witness accounts rather than forensic evidence, and innocence campaigners know it's cases like this that can go horribly wrong. The case against Gail Maney needs to be looked at once again.

To find out more, you can subscribe to the full eight-part Gone Fishing series at Apple Podcasts, Spotify, Stitcher or any other podcast app. Or, you can go to the RNZ homepage and click on Podcasts.