A Waikato councillor is surprised that most people don't think having different cultures makes their region a better place to live.

The Tupuranga Waikato monitoring programme looks at 32 different areas measuring the wellbeing of residents, including environmental, social and economic factors.

The survey found there was less crime and more employment, but only 41 percent of people thought a multicultural region was a better place to live. 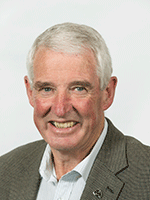 The chair of the Waikato Regional Council, Alan Livingston, said he was disappointed by the lack of cultural respect shown in the survey results.

"Our proportion of people who are Māori is higher than the national average. We're very much integrated there and I would have thought there is strong respect there," he said.

"We have other communities such as Somalis who have become integrated in parts of our community especially in Hamilton, where they have become very much accepted as a part of the community."

"Cultural respect has wider ramifications when we look at all of the wellbeings, such as housing and welfare" he said.

"We need to know if that is having any influence at all on those sorts of issues."