Growth in house price values nationwide has slowed, almost to a stop. 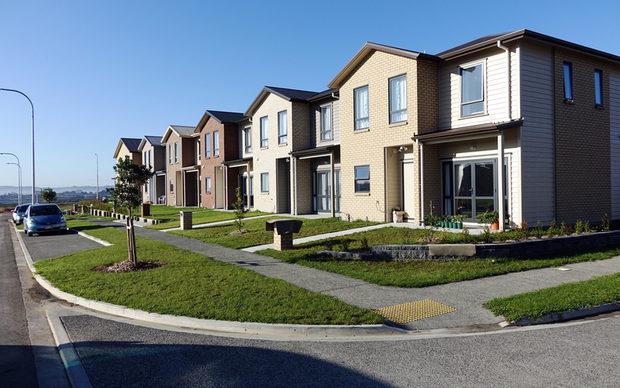 The Quotable Value House Price Index rose just 0.1 percent in the three months to June, taking annual growth to 2 percent, compared with 3.5 percent the year before.

House values in Auckland continued to decline, by 1.2 percent in the June quarter, while some regions remained hot.

"It is the outskirts of city centres that continue to see plenty of activity, particularly from first home buyers," he said.

"The wider Wellington region is a great example of this with areas like the Hutt Valley continuing to attract young families and professionals looking to take their first step on the property ladder."

Wellington, Nelson, Kawerau, Manawatu, Waimate and Horowhenua saw some of the most value growth in the period.

"Affordability constraints is also impacting on the type of properties selling. We continue to see new townhouses sell well, particularly in Wellington, as they provide a more affordable solution than standalone properties," Mr Nagel said.

The enacted Healthy Homes Bill, that came into force on Monday, had not sent any shocks through the property investment market, he said, however, it could cause rents to rise.

Kelvin Davidson, senior research analyst at property research firm CoreLogic, said the market in Auckland was patchy, with prices still rising in the south and west of the city while the more expensive areas to the north and east were feeling the pinch.

But there was still support for the market, with an undersupply of housing in the city, low unemployment and low mortgage rates.

There was nothing to suggest existing investors were exiting the market amid tighter lending rules, he told Morning Report.

Auckland prices in June were down 2.7 percent on June last year, with the biggest drop on the North Shore which had a 3.9 percent drop.

Real Estate Institute chief executive Bindi Norwell said to put the recent fall in perspective, prices in areas like the North Shore had more than doubled in 10 years.

Overall there has been a stable market for some time, but there were signs of renewed energy in the market now that capital gains tax is off table and interest rates are low, she said.