Indigenous histories, cultures and struggles will be the focus of academics and artists meeting in New Zealand this week. 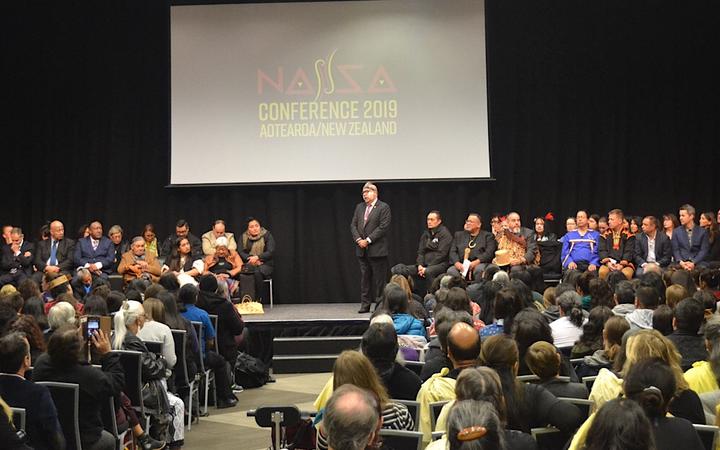 More than a thousand people from the Pacific and across the globe are in Hamilton for the Native American Indigenous Study Association (NAISA) conference at the University of Waikato.

The President-elect, associate professor Shannon Speed, told those gathered that the turnout was significant.

"That is an historic size for NAISA, but also for any group of indigenous scholars, or community member of any nature," Dr Speed, who is a citizen of the Chicksaw Nation and director of the UCLA American Indian Studies Center, said.

Tongan-born academic Tevita Ka'ili said the event would bring Pacific Islanders together with First Nations people from around the world.

The professor of culture and anthropology at Hawai'i's Brigham Young University said he would present a paper on trans-indigeneity.

"And so it's sort of the collaborative work that they're doing, the sort of co-operation that's happening with multiple indigenous."

University of Waikato's Deputy Vice-Chancellor Māori Sarah-Jane Tiakiwai said it was an honour to have Kiingi Tūheitia at the pōhiri.

"And here we are in 2019, continuing the discussions around the preservation of our languages, the fight for our rights as indigenous peoples, and the importance of maintaining our culture and heritage, not just for today, but for all the generations to come."

Topics of other papers being presented include indigenous leadership and self determination, while roundtables and panels will discuss subjects such as indigenous perspectives on climate justice and urban indigeneity.

Films and the services of Tā moko artists and healers will also be available at the four-day conference.

It is said to be the largest and most important Indigenous Studies association in the world, with the conference being hosted by British Columbia and UCLA in the past.