Flights from the capital to Auckland were cancelled due to wind today, following a deluge of rain that flooded parts of State Highway 6 and prompted Westland council to open an Emergency Centre. 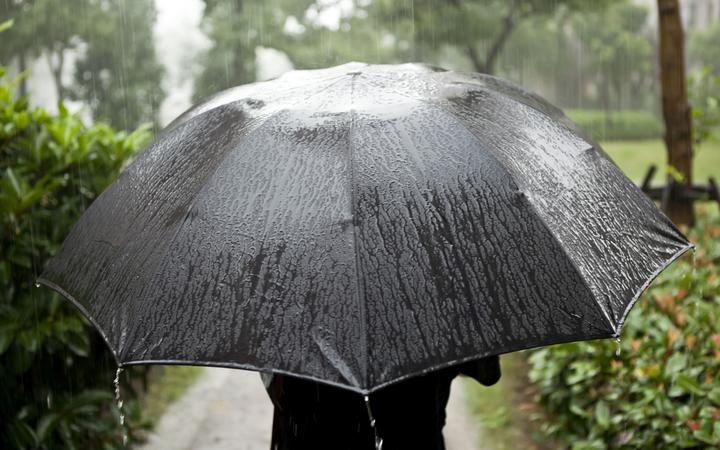 Flights have since resumed.

MetService said wind gusts got as high as 120km/h at Mount Kaukau in the capital today. Westland has also been pelted by hail and been hit by nearly 6000 lightning strikes overnight.

It has been a wet 24 hours for the west of the South Island and High Country. Here are some 24 hour rainfall totals https://t.co/Yjbq0jxdqz ^PL pic.twitter.com/NUMccK37gd

Up to 200mm more rain is expected today, as well as a possible tornado.

The Transport Agency is asking drivers to slow down if they are travelling between Ross and Haast, where water has accumulated across the road, and to expect strong winds and surface water on SH 73 through Arthurs Pass.

Canterbury Regional Council is warning people to stay away from the region's riverbeds and tributaries after the heavy rain in Westland and across the Southern Alps.

Rivers including the Rakaia, Waimakariri and Waiau are expected to rise sharply throughout the day and into the evening.

However, Westland Mayor Bruce Smith said despite the concerns for Canterbury the rainfall does not appear to be affecting rivers on their side of the Alps today. 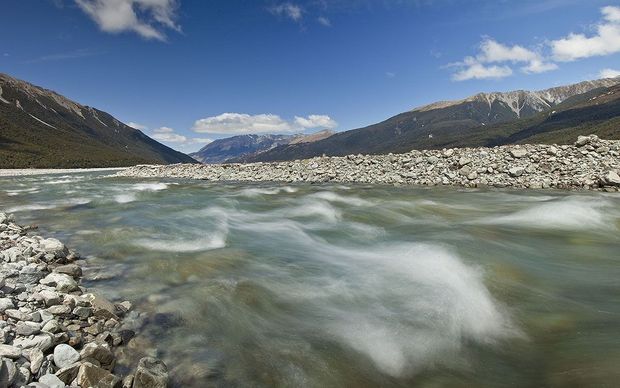 Heavy rain may raise water levels in the Waimakariri river and two others, the Canterbury Regional Council is warning. Photo: PHOTO NZ

MetService said residents should keep an eye on the severe weather, which isn't expected to ease up until early tomorrow.

One of its meteorologists, Peter Little, said it is not as severe as the weather event that washed out the Waiho bridge in March, but is still significant for the region.

He said the heavy rain could lead to a rise in river levels, both on the West Coast and in parts of Canterbury.

A heavy rain warning has also been issued for the Tararua Range and Mount Taranaki tomorrow.

It's likely to be a chilly long weekend in some parts of New Zealand with MetService predicting a cold southerly flow which could bring significant rain for the North Canterbury ranges and Kaikoura coast and ranges and heavy snow likely above 800 metres on Saturday. Snow may also affect the central North Island above 900 metres late Saturday and early Sunday.

Winds have been strong in Wellington with NZTA posting a warning for motorists on Remutaka Hill this morning.