Analysis - Was that the strains of the Star Trek theme coming out of the Beehive? Boldly going where no budgeting government has gone before, writes Gyles Beckford. 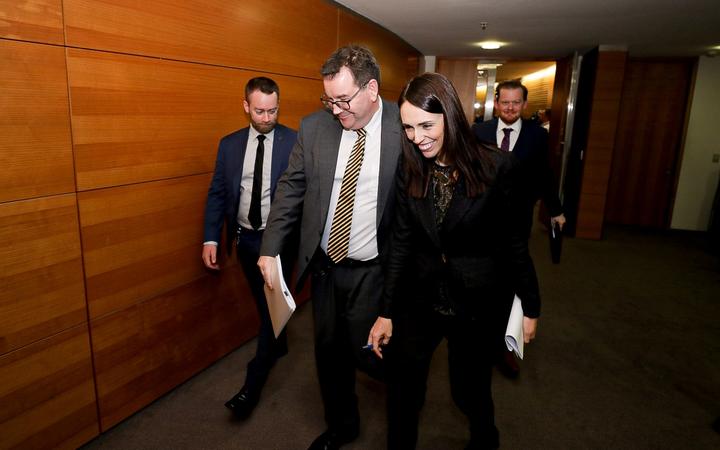 It's the Wellbeing Budget, -not just a national first, but most likely a world first.

It's been easy to say, but hard to define, notwithstanding the plethora of leaks from the National Opposition.

The prime minister and finance minister have said the Budget aims to get past the previous short-term approach to policymaking, with narrow cost-benefit analyses that may have boosted economic growth, but still left many people far behind.

So the government has nominated five priority areas:

The pre-Budget announcements have given little inkling about specific programmes and how they might fit the spending priorities. But we can expect a "join the dots" approach.

And mental health looks set to be the big winner, with the government committing to accept to some degree or another 38 of the 40 recommendations of the Mental Health and Addiction Inquiry, just a day ahead of the Budget.

That will see a cross-agency approach to setting up new services, employing specialists, training staff, and building new facilities around the country. It also lends itself to being tied to the pre-Budget announcements to put more resources into fighting domestic abuse, helping troubled youth and homelessness.

More than $160m has been promised to implement the Whenua Māori programme, to work to break the cycle of reoffending and imprisonment, and reduce rheumatic fever among Māori and Pacific people.

Expect more programmes to be promoted and stitched together with existing policies, so regional development initiatives, which might come through the Provincial Growth Fund, will be tailored to fit the need to boost skills, digitisation, and sustainable businesses for iwi and districts.

The question will be how the government pays for it all, especially given its recent admissions that the economy is slowing. Like it or not, strong economic growth, incomes, wage rises and company profits fill the tax coffers.

At the December half-year economic and fiscal update the forecasts were optimistic and comparatively strong.

Some of those forecasts now look a touch heroic.

The broad consensus is the economy will grow by not much more than 2 percent over the coming year and not much more the year after, while most surveys of business and consumer sentiment - believe them or not - show a caution about investment and spending, and the government has already repeated its commitment to its self-imposed Budget responsibility rules on borrowing, surpluses, and spending.

The amount of outputs is still dictated by the number of inputs.

The Budget will be judged by how well it joins the dots to give the best wellbeing bangs, for what might be a shrinking amount of bucks.