The prime minister has unveiled a plan to tackle family and sexual violence. 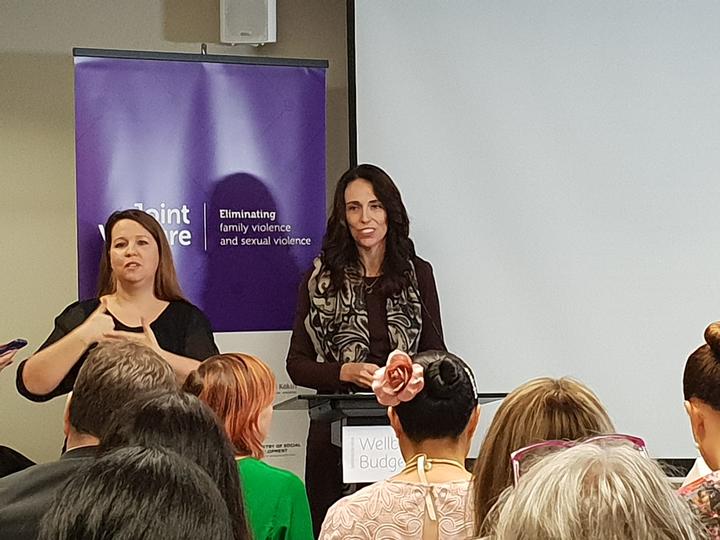 In an announcement this morning, Prime Minister Jacinda Ardern said the government would commit $320 million over four years to what she called the first-ever joint Budget bid from multiple government departments.

The funding would provide further funding for Integrated Safety Response, a three-year police-led pilot, she said.

The scheme was set up in Christchurch and Hamilton by the former National government in 2016, and today's announcement meant it would be expanded to Gisborne, Counties Manukau and Kaitaia.

A 24-7 sexual violence crisis support services will be established for up to 2800 children and young people every year, plus an additional 7700 adult victims and survivors from next year.

Ms Ardern said one million people - including 300,000 children - were victims of family and sexual violence each year in New Zealand.

"It is a staggering figure and it's one that I absolutely believe that New Zealanders are utterly ashamed of and want us to invest more in this area.

"Tackling this violence is one of the most disturbing and most important long-term challenges that we have in New Zealand."

There would be changes to the justice system, including the use of video victim statements and specialist training for lawyers, she said.

Jan Logie, the undersecretary to the Minister of Justice, said there had already been a pilot programme using video victim statements which was found to increase of the odds of an early guilty plea by 77 percent which has a profound impact on the safety of victims.

There would also be money for major advertising campaigns, intervention programmes and dedicated funding for a kaupapa Māori response to sexual violence.

"For ethnic communities and Pacific communities, we need to start accepting the fact that in order to address family violence and sexual violence.

"We have to be able to provide safe forums for us to talk openly about it and shine some light about it, and not keep these issues in the shadows."

Minister of Justice Andrew Little said 98 percent of the people in youth prisons had been exposed to family or sexual violence, while 50 percent of men and 80 percent of women in adult prisons were victims of these violence.

"If we want to reduce the offending population and deal with the downstream criminal justice issues, we have to seriously address family and sexual violence in New Zealand."

The plan also looks to improve training for health practitioners in district health boards to provide effective screening and referrals for family violence.

Women's Refuge said the funding boost for the prevention of family violence was the largest the sector had seen.

But she said the work on intervention and prevention would take time and the government needed to ensure frontline agencies remained viable in the meantime.

A group representing family-violence prevention agencies said it was 'cautiously optimistic' about the government's funding boost for the sector.

The Kaiarahi for the National Network of Stopping Violence, Merran Lawler, said it is unclear at this stage exactly which agencies would get more money.

Ms Lawler said it was important specialist agencies whose sole focus was family violence, do not lose out to more broad-brush agencies which offered a range of social services.