Pope Francis has been invited to visit New Zealand by the Māori King, who attended a private audience with the Pope in the Vatican this weekend. 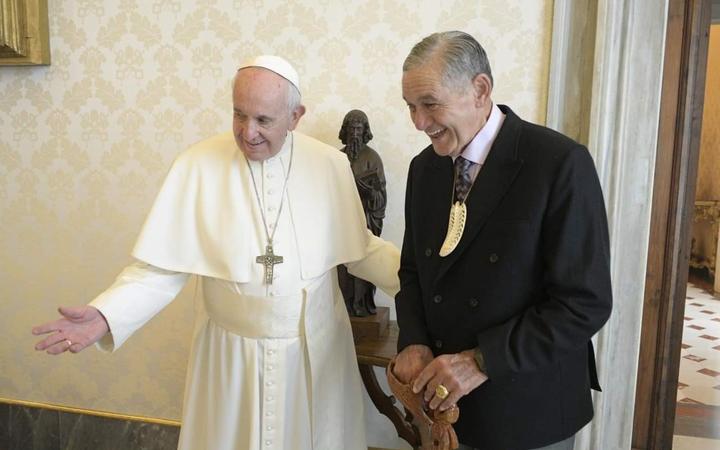 His Majesty Kiingi Tūheitia Pōtatau Te Wherowhero was accompanied by his wife Makau Ariki Atawhai and his daughter Te Puhi Arik Ngā Hono i te Po. It was his first visit to Rome and his first such Papal engagement, usually reserved for heads of state.

He was also received by the Vatican secretary of state Cardinal Pietro Parolin after his meeting with Pope Francis. The discussion focused on social and political issues facing Māori and indigenous communities, including employment, health and education, and the need for cultural and interfaith unity. 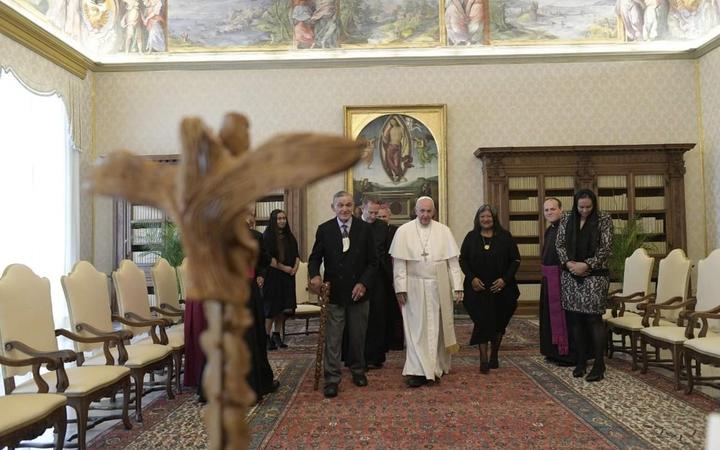 The Māori King, family and diplomats are welcomed in the Vatican by Pope Francis. Photo: Photo / supplied

While at the Vatican the Māori King also invited Pope Francis to his royal courts at Turangawaewae Marae in the Waikato town of Ngāruawāhia.

The last papal visit to New Zealand took place in November 1986, when Pope John Paul II celebrated Mass in Auckland Domain, where he wore a Māori feather cloak and addressed a huge crowd.

The royal party for the papal audience was also supported by a delegation that included the Anglican Archbishop Emeritus Sir David Moxon and Archdeacon Ngira Simmonds.