Pope Francis has washed the feet of 12 prisoners, as he ushered in the solemn pre-Easter rituals made more poignant following the devastation of Paris' Notre Dame Cathedral. 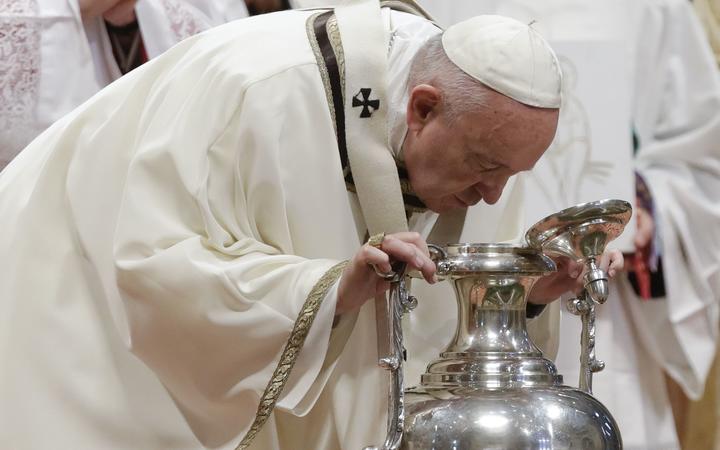 Francis travelled to a prison in Velletri, outside Rome, for the Holy Thursday service that re-enacts the biblical story of Christ washing the feet of his disciples. The Mass opens the most solemn period in the liturgical calendar, leading up to the commemoration of Christ's crucifixion on Good Friday and resurrection during Easter.

Francis has frequently performed the Holy Thursday ceremony at prisons to reinforce his message that even the most important figures must serve the most marginal like slaves, as Jesus did in washing the feet of his disciples.

"The bishop isn't the most important. The bishop must be the most servant-like," Francis said.

Directing his message at the prisoners themselves, Francis urged them to not try to dominate one another, and to make the fights that break out between them a "fleeting thing."

"The biggest must serve the smallest. He who feels biggest must be the servant," Francis said. "May this gesture that I make help us to be more servant-like with one another, more friendly, brothers in service."

He then proceeded to wash, dry and kiss the feet of the inmates: nine Italians, and one each from Brazil, Ivory Coast and Morocco. Francis, who suffers from sciatica, needed help from his aides to stand up and kneel down before each prisoner.

This year, the final days of Holy Week have taken on particular resonance following the fire at Notre Dame, a symbol of French Catholicism.

Pope invited to Paris in aftermath of Notre Dame fire

Francis has offered his condolences repeatedly to the French faithful, and French President Emmanuel Macron said today that during a call to Francis after the blaze, he had invited the pontiff to visit Paris. On Wednesday, Francis fielded a call from United States President Donald Trump offering the sympathy of the American people over the loss, a Vatican spokesman said. 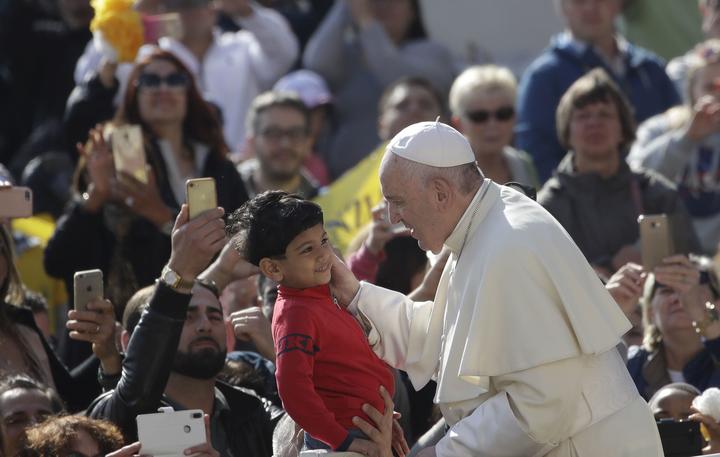 Francis started the day by celebrating the Chrism Mass to bless the holy oils that will be used during the year.

Later today he will preside over the Way of the Cross procession at Rome's Colosseum re-enacting Christ's crucifixion, followed by the Easter Vigil in St Peter's Basilica and Easter Sunday in a flower-decked St Peter's Square.

Ms Thunberg arrived late and took her seat in the VIP section in St Peter's Square, ducking down so as to not cause any commotion as the pope spoke. Francis later approached her and she showed off her sign, "Join the climate strike."

"Continue, continue," Francis told her. "Go on, go ahead."

Ms Thunberg told Francis: "Thank you for standing up for the climate, for speaking the truth. It means a lot." 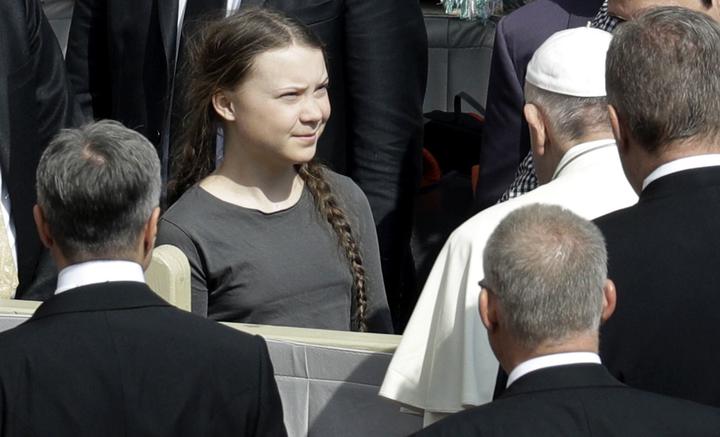 She was in Rome to headline a "school strike," the growing worldwide youth movement she spearheaded, demanding faster action against climate change. Ms Thunberg will also address the Italian parliament.

In Francis, Ms Thunberg has found a kindred spirit. He has made fighting climate change and caring for God's creation a pillar of his papacy. He wrote an entire encyclical about it, blaming a thirst for money for turning the Earth into a wasteland and demanding immediate action to curb global warming.

Ms Thunberg's father, Svante Thunberg, told the pope: "Thank you so much for what you are doing. It means everything. Everything."