By Yasmin Jeffery for the ABC

As Parisians gathered around Notre Dame cathedral on Monday, powerless to do anything but watch it burn while fire raged through the structure, there were fears all would be lost. 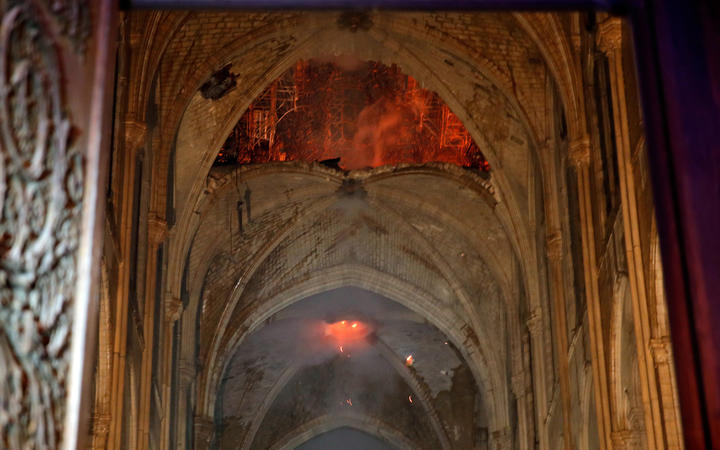 In the end, Paris fire chief Jean-Claude Gallet and a French official said the cathedral's iconic towers had been saved, and authorities later confirmed the cathedral's structure was "saved from total destruction".

According to architectural historians, the cathedral's medieval stone vaults - which served as a buffer for the fire after it burned through the wooden roof - had a hand in this.

Here's how an innovation developed in the 12th century held Notre Dame together, and what we can expect in terms of restoring the world's most famous Gothic cathedral of the Middle Ages. 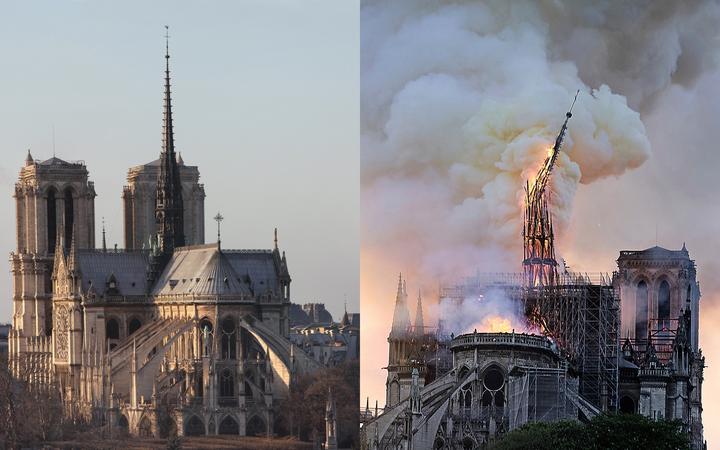 How do the vaults work?

Dr Robert Bork, an architectural historian at the University of Iowa, told the ABC the cathedral boasts some of the earliest six-part vaults used in the 12th century.

Innovation and exploration in the Middle Ages resulted in the creation of wider vaults that would better allow for elaborate windows than previous Romanesque churches, he explained.

"It was a time of a lot of structural experimentation as architects looked to increase the height of buildings, and the amount of light that could get in through bigger windows, and thankfully most of those vaults have held up well, even in Notre Dame today," Dr Bork said.

"When the spire crashed through [the cathedral], that was a problem obviously and in some places the fire got through, but most of the vaults seem to have survived, which is a testament to how well they were put together in the 12th century."

The general principle of a vault, Dr Bork explained, is the same as that behind an arch, which sees lots of stones that are relatively small work to span a large space.

"So, in Notre Dame, [these stones] cross the span which is about 14 metres across on the inside, and they're all essentially wedged together so that when gravity pulls down on each of those little stones, [the structure] is held into place by the friction of its neighbours in a kind of wedging action." 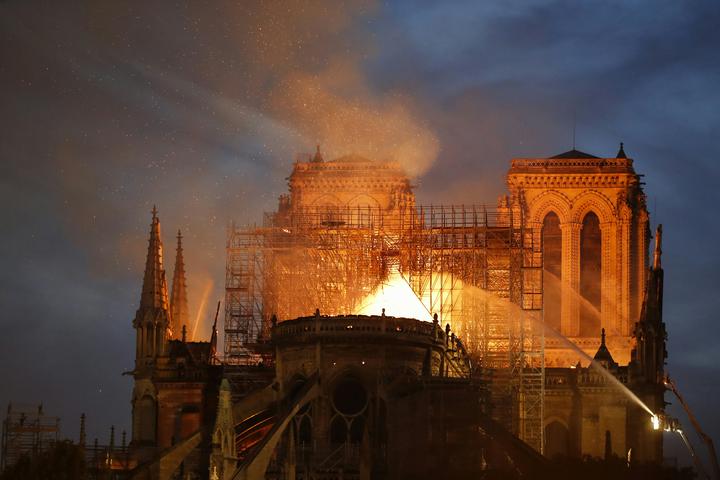 What this means, Dr Bork said, is that the complete arch or vault will weigh heavily down as well as pushing outwards, and this is where buttresses - which work to reinforce walls - come in to restrain the outward push.

Had Notre Dame not had these stone vaults, Dr Bork said it was "quite likely" we would be looking at an almost completely destroyed cathedral.

"The vaults are designed to be in dialogue with the buttressing system of the building … and if [Notre Dame] didn't have them, the buttresses would have just had brick walls and in cases where you just have a timber roof building and the roof burns off, frequently those walls will collapse."

The other damage to the cathedral will still be in the process of being evaluated, he added.

"What's happened to the furnishings, to the stained glass - there are many, many components in addition to the main structure," he said. 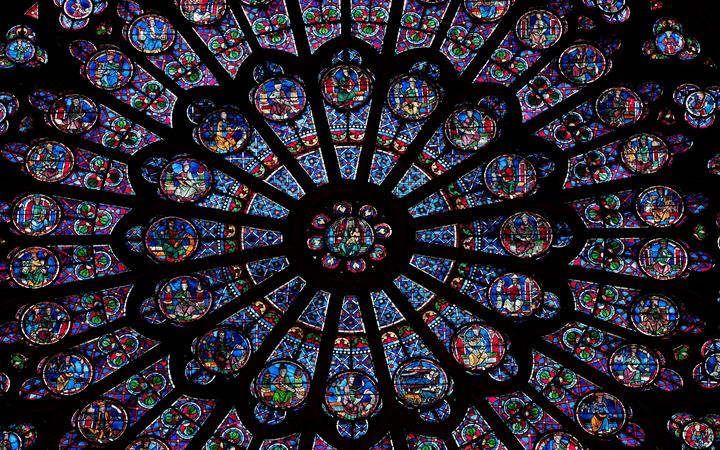 "The coming days are going to involve a lot of trying to understand what we're dealing with, but people will have to be patient," as far as a restoration timescale is concerned.

"One of the poignant things about this is that Notre Dame is so world-famous, so well-known and so beloved. But this means it will be protected from being rebuilt badly or left to decay.

"It just takes a lot of time and a lot of money." 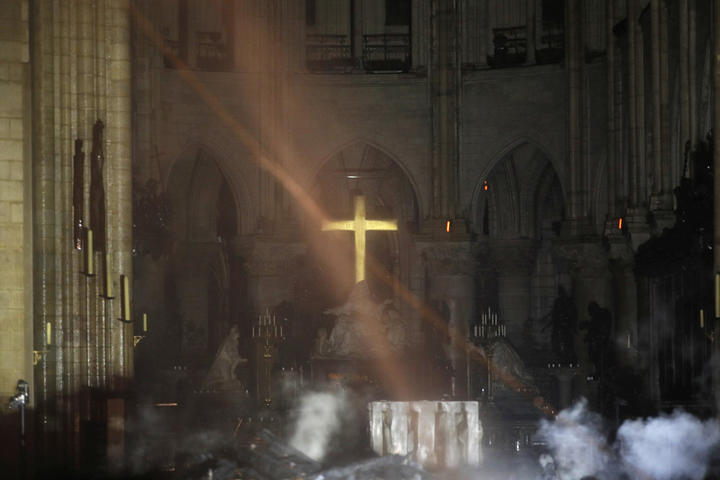 French media have quoted the Paris fire brigade as saying the fire was "potentially linked" to a 6 million euro renovation project on the church's spire and its 227 tonnes of lead, taking place as the fire broke out.

And Dr Bork said he was not surprised by the speculation, which will be addressed in a formal inquiry by the French government - though he insisted it was too early to draw such links.

"Because the area where the restoration work was happening was the one that was most badly destroyed, it may be very difficult to find clear, visible traces, but it does seem more than coincidental that what happened at Notre Dame today also happened two decades ago at the Chapel of the Holy Shroud in Turin, Italy.

"That took two decades to replace … these things do happen when you have people working with equipment in flammable areas," he said.

"We don't know what happened at Notre Dame, but it does make one wonder."