One of two Muslim candidates in this year's Christchurch local body elections says if he is successful he will continue in his role as the imam of the Al Noor mosque. 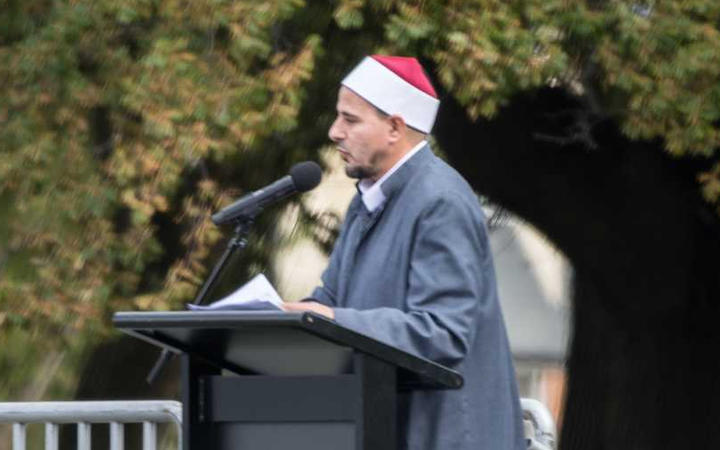 Gamal Fouda who is imam of the Al Noor mosque is standing in the Christchurch local body elections. Photo: RNZ / Screenshot

Gamal Fouda had just begun delivering his sermon when the shooting started at his mosque where 42 people died.

Now he is standing for the community board where the mosque is situated.

Muslim community advocate Zahra Hussaini is also standing for her community board.

Both said they wanted to ensure the bridges built between Muslims and non-Muslims after the shootings remained in place for the long term.

Gamal Fouda became the face of the city's defiant response to the terror attack when he led Friday prayers in front of a packed Hagley Park, just metres away from where so many people were gunned down only a week before.

If he is voted on to his community board in October's elections, he will continue serving as Al Noor's imam.

He insists he is standing as a member of his community first and foremost and not as a Muslim.

"So I will be wearing two hats, one is the religious minister which is my work, like anybody else, and the other thing that I'll be representing is the neighbourhood and be the strong voice of the people regardless of their religion or race or colour."

Mr Fouda had a long standing relationship with the Labour Party and will stand for the Labour-aligned People's Choice ticket.

"It will be a chance for the people to come together and enhance the relationship between Muslims and other people in the city ... but I'm also going to be a strong voice for everybody." 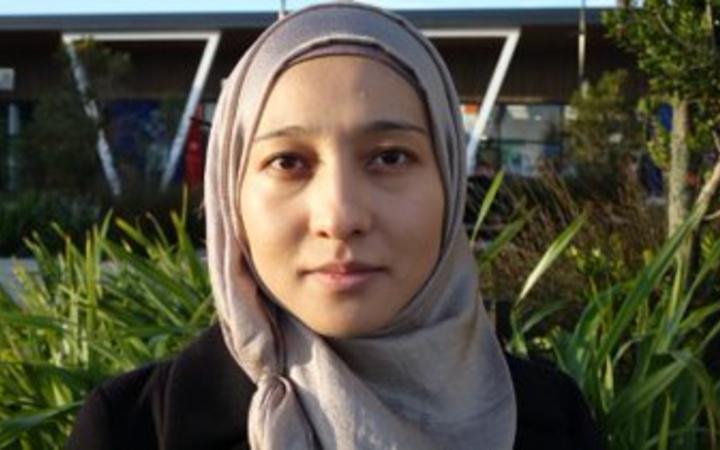 Zahra Hussaini is also standing for her community board. Photo: RNZ / YouTube

Muslim community advocate, Zahra Hussaini, has also been inspired by the events of 15 March to stand for her community board in the city's west.

The city uniting to the point where non-Muslims were being welcomed in to mosques to break the fast as part of Ramadan, had been beautiful to watch, she said.

However she admitted that helping her community to recover from such a terrible tragedy had been tough.

"It affected me a lot emotionally. I feel very drained but I'm looking after myself and thankfully there's a lot of help. And I think it's normal when things like this happen. If you don't get traumatised, I don't think you're a normal human being."

This 27-year-old arrived in Christchurch at the age of 12 with her parents who were originally from Afghanistan.

As somebody who wore a hijab or head scarf she was instantly recognisable as a Muslim and said she had experienced racism in the city she now called home.

"I've been denied a job because I was wearing hijab and I was shopping at a supermarket and this lady came up to me and said she hates the way I dress up. I was quite shocked but I do hear even young students who go to school sometimes get bullied because of their hijab.

"So this is another reason that I think it's important that we have a representation of a woman in the Muslim community."

If she is elected to her community board, Zahra Hussaini will throw her support behind a multi-cultural centre in the middle of the city which struggled for funding before the mosque shootings but is now being talked about as something that should go ahead so that ethnic minorities have a place to come together.