Medical practices around Northland are closing their doors to new patients as they struggle with a shortage of GPs and a surge in population growth. 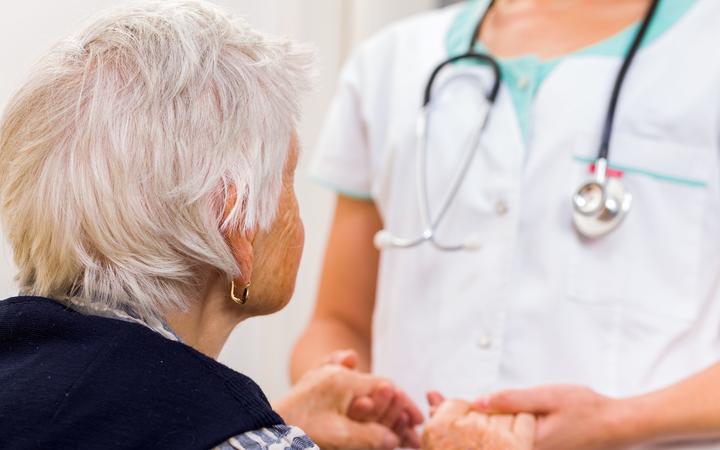 Northland is facing a perfect storm of GPs at capacity and a surge in retirees moving to the region. Photo: 123RF

It's a perfect storm of sorts - with many GPs reaching patient capacity just as a wave of retirees cash in on house prices in cities like Auckland - and move north.

In the Far North, medical centres in Kaitaia and Coopers Beach - a popular retirement location - are no longer accepting new patients, and in Whangarei, only two GP practices are taking new enrolments.

The Bush Road Medical Centre in Whangarei is one of those, but GP Andrew Miller said demand was growing by the day.

"We're seeing quite a rapid increase in population numbers in Northland, and also in the needs of the people we're seeing," he said.

"We've got an influx of retirees coming in with significant health problems and needing attention."

In the past three years, Northland's population has increased by 6.4 percent - nearly 11,000 people.

That was slightly higher than the national average, but not all new patients were retirees.

Long-serving Kawakawa GP Dave Jennings said a number of the newcomers were families returning to the north after years of working in Australia.

As they looked for a doctor, many GPs were hitting their 60s and 70s and either retiring or cutting back their hours.

Dr Jennings works part-time at the Moerewa Medical Centre along with rural GP legend Graeme Fenton, who began practising there in 1967.

Both doctors would have to shut up shop at some point, Dr Jennings warned.

"But I mean we're getting older, and I don't see a lot of younger people coming up north, maybe they will, but we're left with a lot of reasonably older doctors looking after a lot of people."

Many practices in the north were now dependent on locums, often overseas-trained, and still struggled to meet demand.

A Whangarei woman in her late eighties, who was gradually losing her sight, said it could take two weeks to get an appointment at her GP clinic.

She found it distressing that she never knew who she was going to see.

"The worst thing has been that none of the doctors seem to stay very long and each time I've been in the last few months, I've seen a different doctor ... and they haven't a clue what's gone on before."

But it was a problem the NZ Rural GP network said was not confined to Northland.

The network, funded by the government to attract and support graduates to fill locum positions in New Zealand from countries including the UK and Canada, placed about 90 a year in rural practices.

Chief Executive Dalton Kelly said a quarter of all New Zealand's 200 rural practices now relied on those locums. There are currently 57 vacancies and in many practices, doctors are not taking new patients.

"It's the same on the West Coast, it's the same in parts of the Waikato ... those 57 jobs we are trying to fill, they are from one end of New Zealand to the other, " he said.

Mr Kelly said about a third of the overseas-trained locums stayed on after their initial year-long contract was up, especially if their rural community embraced them, but ultimately the country needed to persuade New Zealand graduates to take up rural practice if it was to be sustainable.

The government recently announced new initiatives including regional training hubs to encourage that, and the network fully supported the idea, Mr Kelly said.

But even if the proposed training programmes began now there will be a gap of at least eight years before more locally-produced rural GPs start appearing.

In the meantime, the only option for people who can't get in to see a doctor is to go to their local hospital emergency clinic, because the responsibility for providing GP care lies with the DHBs, Mr Kelly says.