The Waitangi Tribunal has heard the ban on prisoners voting is underpinned by racism and disproportionately impacts on Māori. 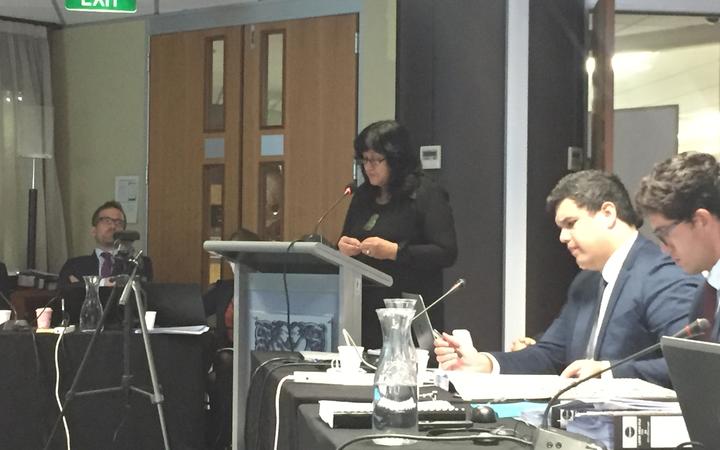 An urgent inquiry into the rights of prisoners to vote is underway in Wellington. The former National government banned all prisoners from voting in 2010.

Awatea Mita, an advocate for prisoners' rights and a former prisoner for a non-violent victimless crime, spoke passionately in her evidence at the tribunal today. She recalled being in prison for the 2014 election and not understanding why she couldn't vote.

"I remember it seemed strange to me that you are in prison supposedly doing all of these rehabilitative programmes, doing all of these positive things, to help build a better future for yourself but you are not allowed to participate in the election that can help shape that future."

She is calling on the voting ban to be removed and believed that broader action needed to be taken to end the disproportionately aimed against Māori within the criminal justice system.

Awatea Mita said it was a cruel irony that New Zealand celebrated the suffrage movement when in fact not all women were able to vote.

She said after giving evidence she wanted to help get rid of the ban, and to speak for and honour the women she spent time with in custody.

She also wanted to do so in tribute to her son, who passed away while she was in custody.

"This is a way for me to honour that experience and those brave women that I met in that time. Secondly, because my son passed away during my incarceration, I did not have the opportunity to make it up to him, so what I get to do now is take opportunities like this and stand up for what is right in a way of honouring his memory."

Last year, the Supreme Court found that the voting ban for prisoners was inconsistent with the Bill of Rights, but later found it was lawfully passed.

She said the law disenfranchised all prisoners, but specifically Māori.

"When the law was passed, parliament did not take notice or appreciate the affect this law would have on Māori. This has a disproportionate affect on Māori because of our numbers, and so in terms of impact, it impacts on Māori far more than other inmates."

She said the case had been given urgency because any amendments would need to be made in time for next year's election.

Lawyer Annette Sykes, who representing three claimants, told the Tribunal the crown had failed to protect the ability of Māori to exercise tino rangatiratanga.

She said that getting rid of the voting ban for prisoners was just one part of improving the criminal justice system for Maori.

"We are clear that systemic change across the entire justice sector and beyond is required to make a difference and that one area that can be addressed is the immediate reform of this law."

She said her claimants wanted a high level of commitment to change from the Crown that started right from engagement with Māori on incremental changes.

Ms Sykes referenced cases of suicide and the reflection that had on the disenfranchisement of prisoners.

"There are several cases of suicide in jail and those loss of lives have a qualitative assessment of how some of this disenfranchisement impacts on Māori prisoners. We say this is in stark contrast to te Tiriti o Waitangi promises of tino rangatiratanga and citizenship."

One of her claimants, Māori Climate Commissioner, Donna Awatere Huata, said the law was underpinned by racism that Māori faced on all levels in the criminal justice system.

"The prisoner ban was one of many racist pieces of legislation in this country that denies Māori the right to participate in making decisions about their future."

She said while she was in prison, the system was set up to humiliate and the ban to vote was part of that.

Former prisoner, Arthur Taylor, who is a long campaigner for prisoners' right to vote, said voting was a basic human right.

He called on the Tribunal to support claimants as a means of increasing pressure on the Crown to put appropriate legislation before parliament. The hearing is set down for four days.