Mandatory safety standards for quad bikes could be on the cards following the coroner's report on the death of a West Coast farm assistant. 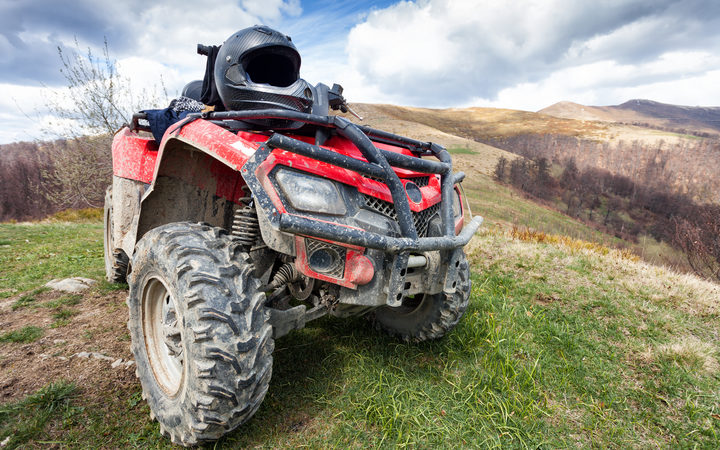 Kaye Marie Blance was found dead four years ago, trapped under an overturned quad bike while at work in Westport.

Four years ago, Pāmu Farms reacted to Kaye Marie Blance's death and axed quad bikes from its 57 dairy farms around the country. It was their second death in five years.

It's dairy operations general manager Mark Julian said the incident was still fresh in his mind.

"Kaye was a wonderful woman. She was highly respected and appreciated by her team on the farm ... and she was really fondly remembered by us all," Mr Julian said.

"Four years on, I know the loss is felt very deeply by everyone that was involved at the time and by her family (it's) ongoing."

Pāmu Farms still used around 70 quad bikes in other operations, but in time, Mr Julian wanted them all gone.

"We replaced them with a range of side-by-side vehicles or two-wheel vehicles, which we think are inherently safer and stabler vehicle."

Coroner Brigette Windley's findings into the death of Mrs Blance found that employers were often shouldering the most responsibility for figuring out how to minimise quad bike risks.

She recommended WorkSafe, the Ministry of Business, Innovation and Employment, ACC, Federated Farmers and other relevant industry bodies should establish a working party to review safety standards.

"The risk of harm associated with quad bike use has been well documented and coroners have for many years made recommendations aimed at reducing preventable quad bike related deaths," Coroner Windley said.

"I understand there is no simple or singular fix. A multi-faceted approach involving accessible rider education and training, use of safety equipment, as well as engineering improvements is necessary to achieve any real and sustained reduction in preventable quad bike-related serious injuries and deaths in New Zealand."

Richard Bowling's eight-year-old daughter died when she crashed the family's quad bike and choked on her helmet strap at their home in Blenheim in 2002.

He welcomed plans to improve safety but said there needed to be action, not just words.

"I think that a working group, if it actually is going to mean some kind of proper legislation around the use of these things, yeah, that would be a good thing," Mr Bowling said.

However, he was concerned it could be a talk fest, which he said has been happening for the past 20 years.

A lack of awareness about quad bike safety could be fatal, he said.

Close to 100 people have died in quad bike incidents in the past 12 years - including seven deaths last year.

Quad bikes had continued to slip under the radar, Mr Bowling said.

"We simply haven't kept up with the ball and it's just a huge anomaly because every other thing you can possibly imagine getting on the farm, you would have some kind of training on. These things have totally slipped under."

Federated Farmers Dairy Industry Group chairperson Chris Lewis said the organisation would be happy to get involved in ways to improve safety.

Work had been going on behind the scenes to reduce injuries and fatalities, but he said the figure remained stubbornly high.

He hoped the working group may help lower the rate.

ACC says it's happy to be involved in any sector-wide working party to explore what can be done to reduce the number and severity of quad bikes injuries.

But Chris Lewis said a one-size fits all option to safety might not be a viable option.

"The problem we have is (at) my farm, those rollover protection devices would be really really good. But for the farm down the road who have got kiwi fruit and a lot of trees, having those on four wheelers would make it very hard to go about safely about their work," Mr Lewis said.

"It's about having the right tool for the right job on the right farm."

Coroner Windley said some progress has been made to coordinate efforts to improve quad bike standards, but the country should look to follow Australia's lead with safety standards.

The Australian Competition and Consumer Commission formed a safety taskforce and has recommended a safety standard to ensure key safety information is given to inform decision-making and risk awareness, and a minimum level of stability and an Operator Protection Device was installed.

"Whether any of the approaches under consideration by the (Commission) are appropriate for New Zealand is outside the scope of my inquiry," Coroner Windley said.

"The (Commission) inquiry does, however, provide a real opportunity to draw on international safety expertise, innovation and best practice and apply it to a New Zealand context."

In a statement, Worksafe said it was preparing its revised policy on crush protection devices after reviewing international research.

Worksafe said it would make its position public once the policy was ready.