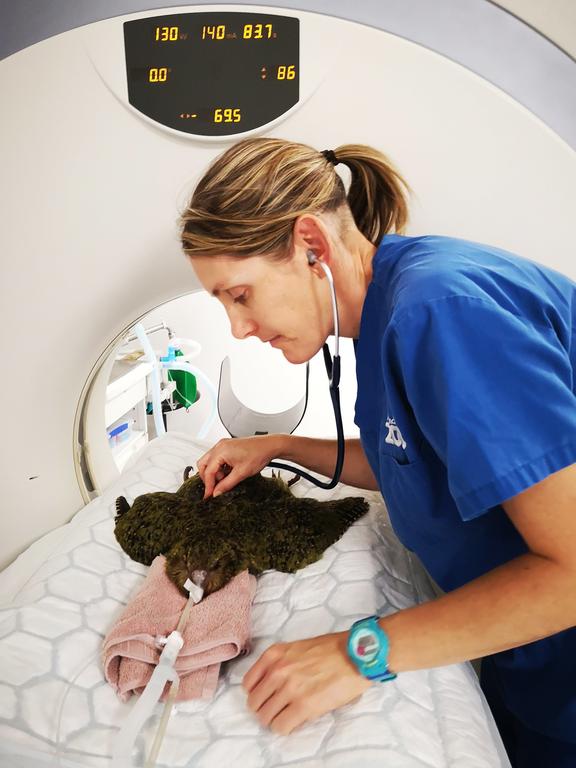 The disease, aspergillosis, is extremely difficult to identify in kākāpō and can only be confirmed with a CT scan.

A Department of Conservation spokesperson, Deidre Vercoe, said the situation was "rapidly evolving" as more birds succumbed to the disease.

"We've had five birds die of aspergillosis over the last month - one adult and four chicks," she said.

An additional six were flown in yesterday to have CT scans.

Dr Chatterton said several were in a critical condition.

"We've had an incredible season - the best breeding season ever on record," Ms Vercoe said. "We've hatched 86 chicks and 73 of those chicks are still alive, so that's a really fantastic number."

But the aspergillosis outbreak had "taken the shine off an amazing season", she said.

At present, there are only 143 adult kākāpō birds and 73 chicks nationwide.

"It's certainly been a real rollercoaster of a season," he said.

"The breeding season started off so happy but this last sort of month or six weeks, with this unprecedented number of aspergillosis cases that we've seen, is obviously a real worry for everyone involved."

There was a large team of experts up and down the country working hard to "unpick this problem" and save as many kākāpō as possible.

"This fungal pneumonia that they're dying of is a really common thing to see in other species of birds."

"It's something we're unfortunately used to dealing with but we've not seen very many cases in years gone by."

Aspergillosis was known to affect birds who were experiencing stress or that had low immune levels but there was often an underlying reason why an individual bird had succumbed to the disease, he said. 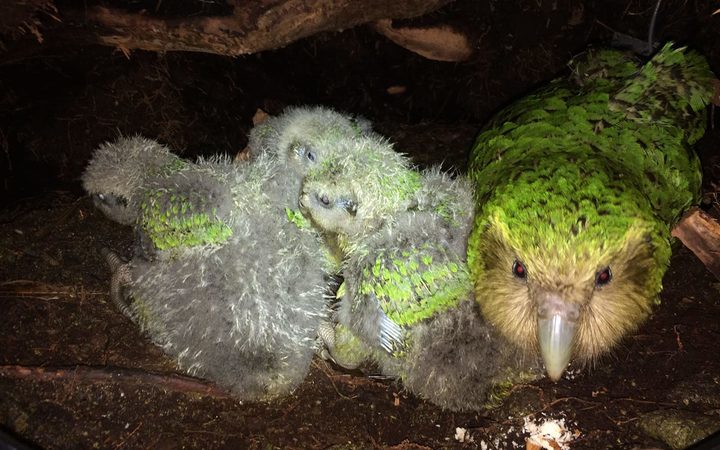 Kākāpō foster mum, Hauturu, with three rapidly growing chicks in a nest on Anchor Island in Fiordland. She was happy to chew on a couple of almonds offered to her by a kākāpō ranger. Photo: Brodie Philp / DOC

The team was yet to determine what that was.

"Our vet department's approach is two-pronged. We're trying to, number one, identify which birds are at risk of this fungal disease, which birds are sick and to treat any of those," Dr Chatterton said.

"The other prong of the approach is to identify the underlying cause so we've, in parallel, got a lot of tests going on to establish what the primary cause is as well."

The two efforts were equally important in protecting the overall kākāpō population, he said.

"We're giving them every chance but the future remains uncertain for these birds at the moment, unfortunately," he said.