The families at the centre of a crash which claimed seven lives in Waverley last year have given their support to a petition calling for roadside drug testing. 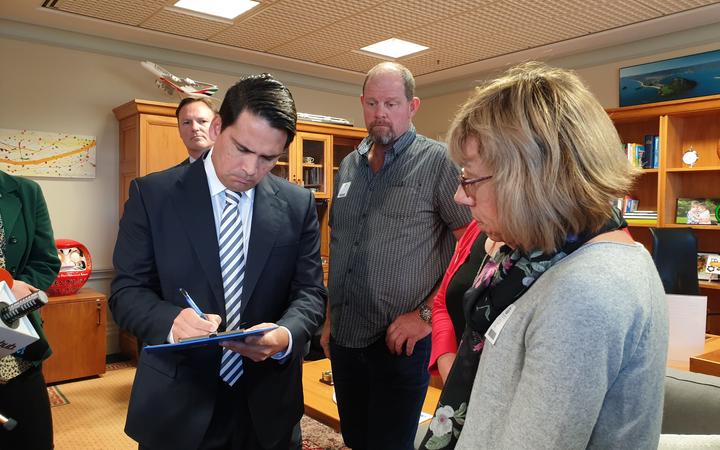 An inquest into the crash heard on Friday that the driver was high on synthetic cannabis.

The Porteous and Keene families are in Wellington today meeting with National MPs and Karen Dow, who is extending her petition calling for random roadside drug testing by a week to gather more signatures.

Logan Porteous lost his parents Ian and Rosalie in the crash.

"I believe that if the police had the support that they could test drivers on the side of the road that this could have been prevented.

"We have seen how quickly laws can be changed and we just hope that by putting signatures on Matthew's Petition that something can be done in the near future so that this can be stopped from happening again."

"Everyone in New Zealand who feels passionate about this roadside testing should go online and put their names down, because it is very important.

"The numbers show there's more people dying on our roads from drugs than drinking."

Acting Prime Minister Winston Peters said the government's discussion paper on roadside testing for drug driving will be released "very, very soon" but he wouldn't be any more specific.

"The government is seriously considering that now, we always have. If you're going to have drunken driving tests, then you should have drug affected testing for drivers as well," Mr Peters said.

"But what we've got to make sure we've got first is the scientific utilities all over the country to ensure that when we go for the test, it is scientifically accurate," he said.