A 23-year-old man has been jailed for nine months, after his arrest during a spate of synthetic cannabis hospital admissions in Christchurch last year. 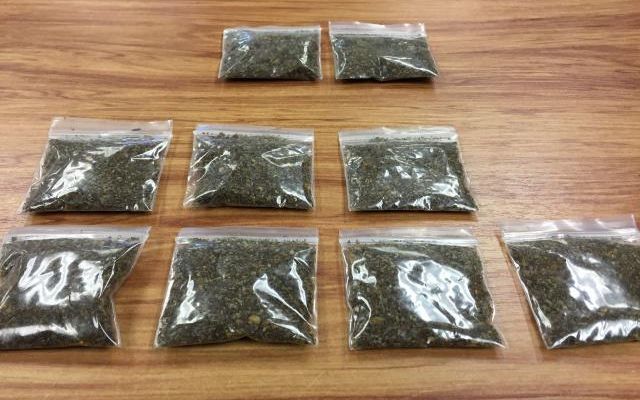 Jaron Levi Wilson was sentenced in the Christchurch District Court this afternoon after pleading guilty to eight charges in March, including supplying a non-approved psychoactive substance.

He had also admitted to other offences including driving with excess breath-alcohol, possessing offensive weapons including a machete and sickle, spitting on a police officer and assaulting a woman.

The charges are from three dates in August and October last year.

Shortly before Wilson's arrest on 4 October, Canterbury District Health Board were reporting an influx in people suffering health complications from psychoactive substances - including 19 hospital admissions and one synthetic cannabis related death.

On the afternoon of his arrest, police patrolling Phillipstown in Christchurch had found a number of drug-impaired people, some of whom were unresponsive and unconscious, and one of whom required an ambulance.

Officers were searching a property where "drug paraphernalia was in plain sight", when Wilson arrived and was taken into police custody.

A 21-year-old woman was arrested at the same time as Wilson and jailed for six months in January, after pleading guilty to possession of synthetic cannabis for supply.

This afternoon, Judge Nevin Dawson told Wilson that his offending put himself and others at risk.

"I sense I need to hold you accountable for the harm caused by your assault, and the potential victims in the community from the proliferation of drugs," he said.

"If you offend in this way then there are consequences that you are going to have to face up to."

Mr Dawson said the community needed to be protected from drink-drivers and from "people who spread drugs".

He imposed separate jail terms for each charge, with several to be served concurrently, adding up to nine months in total. Wilson will also have the chance to apply for home detention.

After the sentencing, Wilson called out good-bye to his family from the dock.