Climate activists gathered outside banks around the country today as part of a Fossil Free Banks campaign. 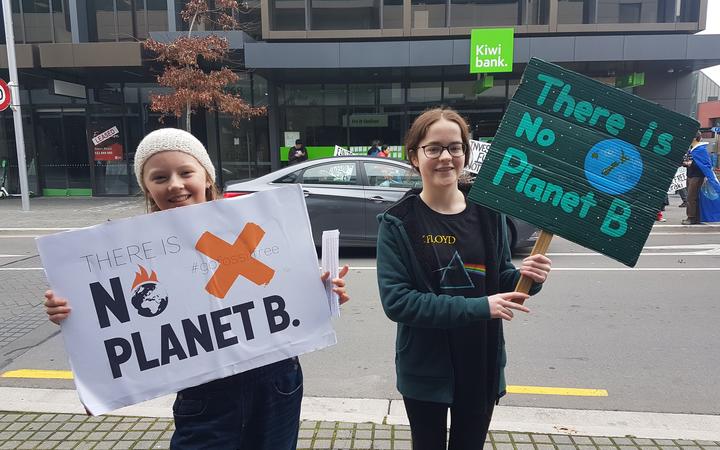 A 20-strong group braved the cold in Christchurch to call for all banks in New Zealand to cease lending to and investing in the fossil fuel industry.

One of the protestors, Michael Apathy, said New Zealanders should be able to have a totally fossil-free banking option.

"But what we want them to do is give a guarantee that they won't ever do that." 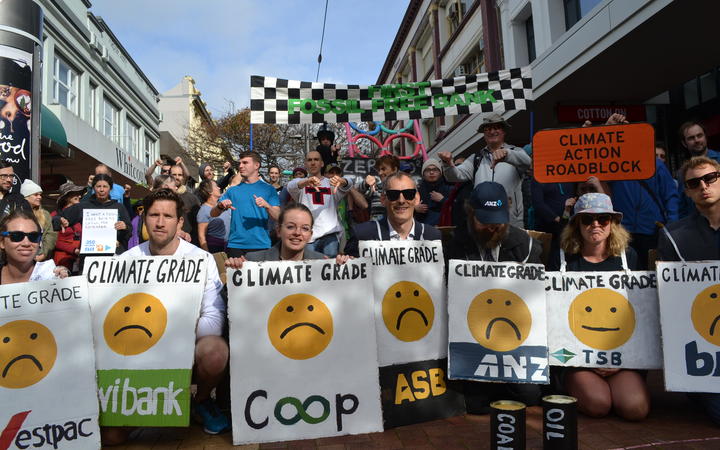 Mr Apathy encouraged people to get in touch with their banks to check their policies on fossil fuel business and to investigate their Kiwisaver investments.

"Fossil fuels are really driving climate change and climate change has already landed us in the sixth mass extinction that we've experienced on planet earth, so that's many, many different species going extinct."

Lucy, 12, was out on the street today because she wanted to see a change in the way banks invested their money.

"Even if you're not that invested in the environment you can still make a difference. Even by just doing something as simple as switching banks because it's not a huge thing to do."