Victoria University of Wellington announced today it would not be changing its English name, but would have a new Māori name. 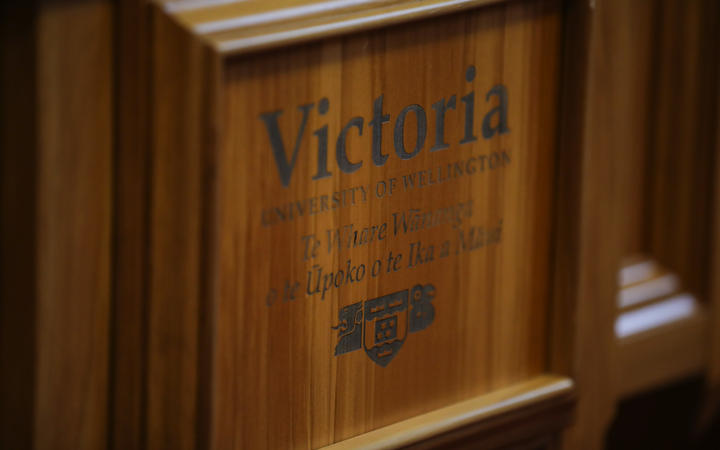 Instead of changing its name, Victoria University of Wellington will change its branding. Photo: RNZ / Richard Tindiller

It announced instead a "branding refresh" that would see it emphasise the word Wellington to differentiate it from other universities.

The process of altering imagery is expected to cost hundreds of thousands of dollars, but the university believes it will lead to financial gains in the long run.

The English name change to "University of Wellington" had been proposed with hopes it would allow the university to differentiate from other universities also named Victoria, helping its global brand so it could attract more foreign students and research grants.

Minister of Education Chris Hipkins however declined the university's application to change its name.

The university decided today not to proceed with legal action against that decision.

Vice chancellor Grant Guilford said it was a simple decision in the end.

"Overriding in our decision has been that the New Zealand public expects better things of a university than taking a minister to court," Professor Guildford said.

"So we've decided to set aside those concerns and move forward, draw a line under this."

The university has changed one of its names, however.

The Māori name for the University was Te Whare Wānanga o Te Ūpoko o Ti Ika A Māui, but has been changed to Te Herenga Waka.

Mr Guilford said it better reflects the local marae, and means "the hitching post of your waka".

"Figuratively, the marae is at the heart of the university," he said.

"Our students and staff come and hitch themselves to the mooring post, the marae, while they're with us.

"It figuratively says, 'come and hitch with us and continue your journey with us'."

The English name change had faced strong opposition from alumni and students, with 75 percent of the 2000 people submitting on the proposal against it.

Wellington Mayor Justin Lester had supported the move in its initial stages, but councillors voted in March to oppose it.