Four months out from the Rugby World Cup confusion reigns in parts of rugby heartland over where to watch the matches and what technology to use. 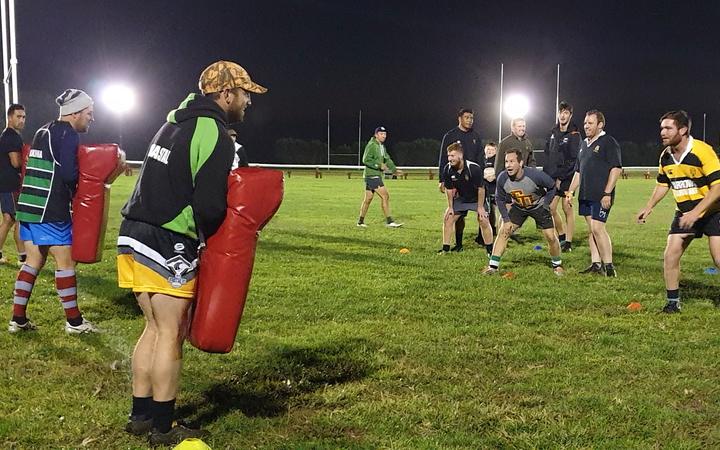 Practice time at the Coastal Rugby Club in Taranaki. Several of these players are not up to speed with how the Rugby World Cup can be viewed later this year. Photo: RNZ / Robin Martin

Broadcast rights holder Spark is streaming all 48 games live over the internet. Despite a few hiccups already, it says come kickoff it will be all systems go, but some punters don't seem to have got the memo.

The Coastal Rugby Club is tucked away off Surf Highway 45 at Rahotu in Taranaki. It lays claim to the All Blacks' trio of Barrett brothers, but broadband internet coverage, it appears, is patchy.

Casey Fougea had other ideas completely. "Probably on Sky Sport ... oh is it not on Sky? I did not know that."

Rick McKenna was also in the dark. "I'm just like everyone else, I thought it was going to be on Sky." 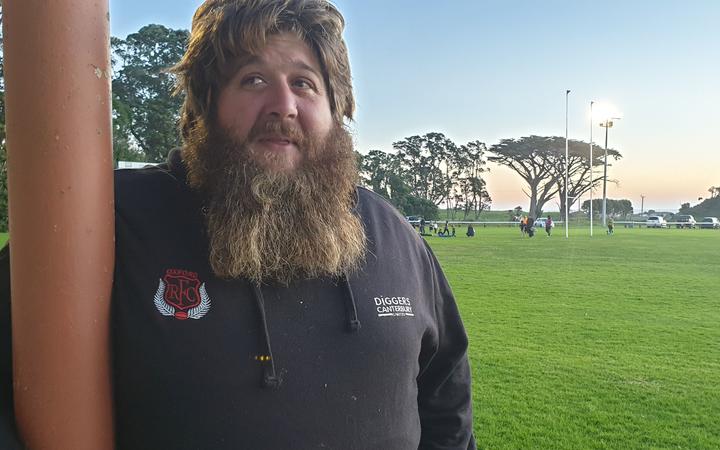 James Quay will be visiting friends to watch live coverage of the Rugby World Cup that is not on TVNZ. Photo: RNZ / Robin Martin

Meanwhile, James Quay was a bit more up to speed. "I've thought about it, but I'm probably not going to buy a package. I'm probably happy with the TVNZ games to watch the All Blacks and any other games I'll find a friend's place or something like that."

Richard Beckett had other speed issues. "My internet connection is pretty slow. It just does what it has to and that's about it. I'll be on poor man's TV to be honest. I know my internet won't keep up."

Even the Barretts' elder brother and former Blues player, Kane, seemed at a loss about where to catch his siblings in action. "Ah ... good question. I haven't really thought about it yet."

The former lock/flanker wasn't that sure about his internet connection either.

"I don't know what I've got to be fair because work sorted all that out. I just know I've got the internet - in what form I'm not sure. My wife would know exactly what's going on. I'll just go to the pub; I know it will be on there." 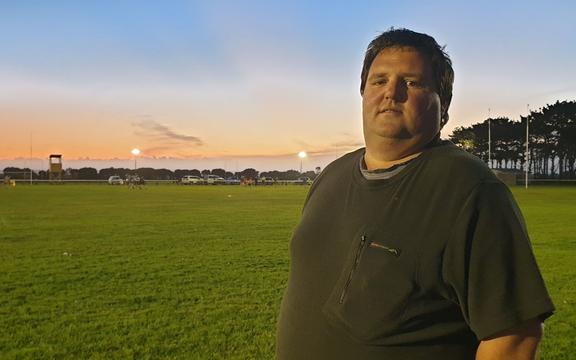 Bar manager and club captain BJ Kettlewell said Primo Wireless had installed highspeed internet at Coastal and the club would open its doors to people unable to watch at home if necessary.

"Yup definitely if we have to do something like that for the community we will. The games that suit obviously, the right hours. There's obviously a few opportunities there and to open the bar and make a bit of money for the rugby club as well so it could be a win-win both ways too."

But BJ was not so confident about his internet setup at home.

"I've just been talking to my partner about it and she's been looking into it over the past couple of weeks and we're thinking our internet most likely won't be good enough so we're looking at the option of most likely not purchasing it and obviously watch the games that we can on channel one, and we can come down here and watch obviously." 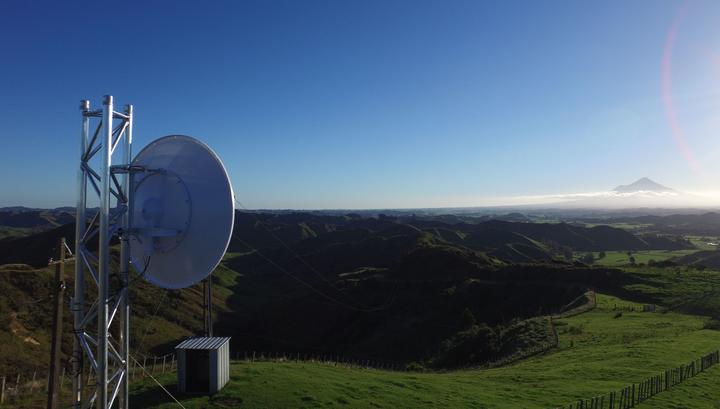 PrimoWireless is one of 29 fixed wireless internet providers plugging gaps in New Zealand's broadband network. It has erected about 80 sites in Taranaki since 2006 and has about 3000 customers. 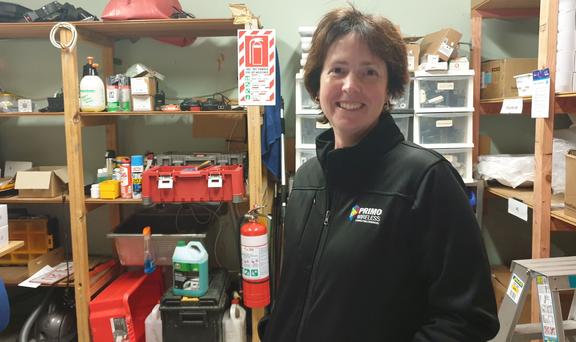 Its spokesperson Kelly Ellis acknowledged people were nervous about the World Cup but said that the ISP had done its homework.

"I guess there's a bit of apprehension out there and a lot of uncertainty. People are not necessarily very sure about how it is going to work and there's definitely some education needed out there to help those people understand that actually what they've got is going to work, because they are just doubting their understanding of the technology that they already own."

Ms Ellis said people who found they needed to upgrade their connection should act quickly.

"I'd suggest doing it sooner rather than later because we anticipate huge demand leading up to the World Cup and because of our technology there is an install component of it where we would have to come out and install gear onto the property so that takes time." 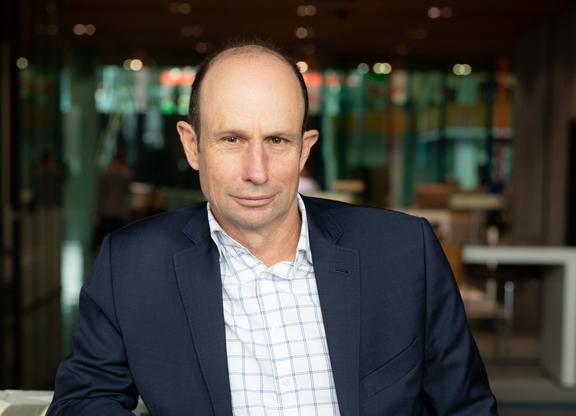 Jeff Latch from Spark is confident the technology will deliver at the time of the Rugby World Cup. Photo: Supplied

Spark's sports boss Jeff Latch said despite recent hiccups with its streaming service it was confident of a seamless World Cup presentation.

"Our belief is that the streaming of the Rugby World Cup is going to go incredibly well. That's why we launched our platform in March to make sure we could iron out any little bugs that you normally get when you launch a streaming platform so that they would be well and truly behind us.

"We are going to have a robust platform and a terrific experience for people who want to stream the Rugby World Cup."

Spark this week released its initial $60 package for live coverage of all 48 matches, which would rise to $90 closer to kickoff, and had previously announced 12 games would be available free to air via TVNZ

Mr Latch said fans could expect to see more information about how to access games in the coming weeks.