A long-awaited report on how the welfare system should be overhauled will be made public later today.

Welfare advocates believe an increase in benefits and an end to sanctions should be among recommendations included in a new review due out today. Photo: 123RF

The 11-member expert advisory group was set up in May last year, as part of Labour's confidence and supply deal with the Greens.

The government has held off making any major changes as it waited for the group to do its work.

It was given a wide mandate to examine the welfare system, including its overall purpose and principles. It was also asked to come up with specific recommendations on benefit sanctions and obligations, Working for Families and how to ensure people get everything they're entitled to.

Ricardo Mendenez-March from Auckland Action Against Poverty said beneficiaries they work with know what needs to change.

"They would like to see benefit levels that allow them to live with dignity and an end to the sanctions regime, which includes getting rid of all benefits sanctions and benefit obligations."

Having enough money to live on was particularly important in a city like Auckland, Mr Menendez-March said.

"If you're living in Auckland and you're on the benefit, it is quite likely that you're going to be earning less than what the median average rent price is, so what this means is you're going to have to be going to Work and Income on a regular basis to be needing food grants and other top-ups."

The demand for hardship assistance grants has been rising. 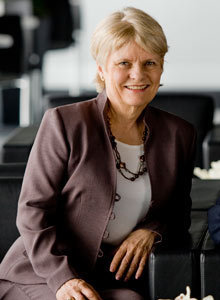 When it comes to Working for Families, Susan St John from the Child Poverty Action Group said they've been pushing for changes for years.

"Beneficiaries have missed out on a major part of Working for Families based on the fact that they're judged to be undeserving because they're not in paid work.

"This has perpetrated the poverty that we're seeing in beneficiary families and has done for many, many years."

Beneficiary advocates are also expecting changes to the sanctions regime - including the penalty for sole parents who don't identify the other parent.

Labour had promised in the lead-up to the 2017 election to scrap it but that is still to happen.

The government imposed one change ensuring any decision to suspend a benefit had to be approved by a second senior-level person.

Since that was implemented a year ago, the number of sanctions has dropped by more than 4000 to about 10,000.

Karen Pattie, a senior advocate with the Beneficiaries Advocacy and Information Service, said she has noticed other changes too.

"There has been a noticeable change with Work and Income staff and clients - that's been really quite pleasing," she said.

"The culture will take a long time to change in as far as attitude towards clients and unemployed people."

Ms St John said whatever the expert advisory group recommends, more money will be needed. "A lot of money will have to be found to fix up the mess we're in."

Mr Menendez-March said cost shouldn't be a reason for the government to delay making changes to the welfare system.

"We're going to be really disappointed if it turns out the government is only going to do a small portion and then leaving the rest as election promises if it gets re-elected, because the people of New Zealand who are struggling to get by simply cannot wait."

The Welfare Expert Advisory Group's report is due to be released this afternoon.