Tens of thousands of families are seeking government help to put food on the table. 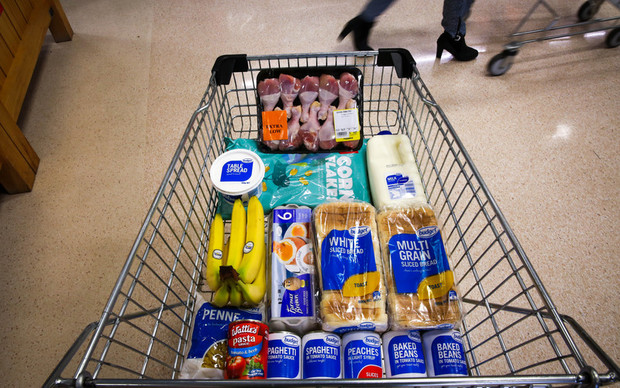 Official figures from the Ministry of Social Development (MSD) show 26,432 more hardship grants for food were given out compared to the June quarter last year, bringing the total to 137,424 grants between March and June this year.

"Most of the value of grants provided is either for accommodation related costs (excluding Emergency Housing) or food assistance," it said.

Food insecurity should not be a normal part of life, especially for children, the Child Poverty Action Group said.

"It's not only severe but it's widespread," its spokesperson, and Professor of Health Economics at the University of Auckland, Toni Ashton, said.

"And it's not only for beneficiary families, it's for working families."

The figures may just be the tip of the iceberg as many families could feel too ashamed to seek help or could not because of difficulty of access, she said.

"There's an awful lot of people out there that are not getting help."

The gradual erosion of wages and benefits over the last 10 years had pushed people into hardship, she said.

"While we're getting a few increases in some areas, it's just making up for losses in the past - there's no catch-up.

"All the time it's like walking on a treadmill and not getting anywhere."

Extending the In-Work Tax Credit to all families irrespective of their source of income would put another $72.50 a week into their pockets, she said.

Ms Ashton said there is more willingness and sympathy within in the new government to fix these kinds of issues.

"There are some opportunities - let's grab them."

Social Development Minister Carmel Sepuloni said the figures on hardship grants were for the June quarter, before most of the government's Families Package provisions came in.

The $5bn-package, which came into effect in July, is aimed at giving many families with children an extra $75 a week on average.

Ms Sepuloni said she expected some of the need would be addressed when the measures were embedded, and a cultural shift at MSD would also make a difference.

"I've been very clear with MSD and MSD staff that when we have people coming to us for support then we make sure that they get access to everything they are eligible for."

"That in itself could end up meaning in some instances the demand for assistance goes up in some areas - but what we want to see is families are getting what they need."

The minister said "income adequacy" was in the terms of reference of the government's welfare expert advisory group.

On whether that meant a rise in benefits was being considered, Ms Sepuloni would say only that the advisory group would consider the options with regard to income adequacy in the welfare system.

'There is a hunger crisis'

Last week the Auckland City Mission said it had distributed 15,879 emergency food parcels during the last year, nearly 3000 more than the previous 12 months.

That is a 22 percent increase and the highest in its 98-year history, Auckland City Mission chief executive Chris Farrelly said.

"There is a hunger crisis in our country.

"Our work in this area shows that food is a discretionary item in the budget of low-income New Zealanders.

"Someone with an income of $500 a week and expenses of $480 will only have $20 left for food, and if an emergency occurs, that money will get squeezed. This means people are unable to afford enough appropriate, quality food, and find they need to ask for emergency food assistance.

"It is a major source of shame and stress for these families."