Government spending on food hardship grants jumped $10 million last year, with Work and Income handing out more grants than ever before. 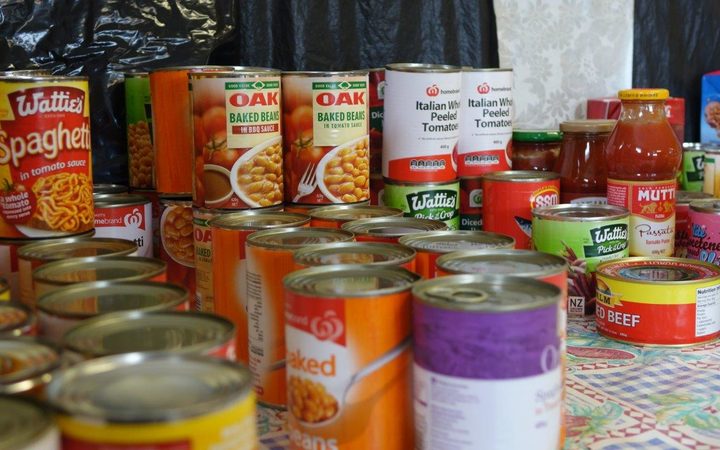 Last year's jump followed several years of steady increases and has been blamed on the rising cost of housing.

Beneficiaries and people on low incomes are able to access special needs grants from Work and Income to help pay for food.

The money is loaded on to a payment card and it doesn't have to be paid back.

Solo mother of one, Kathleen, lives in Auckland and is on a benefit.

At times, she said she has struggled to put food on the table and she has had to resort to getting a grant from Work and Income.

"My rent was taking most of my benefit and left us with $13 a week. I had one child to support. It was hard to feed one child and I used to starve myself and it got to a stage where I found the guts to go in and get a food grant."

People who were resorting to food grants have no other choice, when benefits aren't going up, but all other costs are, Kathleen said.

"I think a lot of it has to do with the housing - the rentals have just gone out of this world and taken most of their benefits. The price rises of milk, bread, normal things everyday people should have, those have gone up every year."

Kathleen works as an advocate at Auckland Action Against Poverty, helping other beneficiaries navigate the system.

One of the organisation's co-ordinators, Ricardo Menendez March, said they had noticed an increase in the number of people coming in for help getting food grants.

Family budgets were getting squeezed and it was food that was getting scrimped on, he said.

More people were getting their benefits cut because of sanctions, reducing the amount of money they could spend on groceries and other essentials, she said.

"Food tends to be the tip of the iceberg in all of this, what are the other things that families are not able to have because they simply don't have enough money."

Last month, the Salvation Army's State of the Nation report revealed a 12 percent jump in the number of food parcels it handed out in the last year.

Wellington missions director Hilary Hague is based in Wellington and she said many of the people who go to the Salvation Army for help have also been to Work and Income.

"There's an increasing number of people who need help because they don't get enough, so they're not able to live off what they're given, or it comes through slower than they can imagine. There's a gap, so they're waiting for their benefit to come through, or their grant, and some people come because Work and Income has turned them down and they don't know where else to go after that."

In a statement, the Ministry of Social Development said the increase in food grants was due largely to rising housing costs.

The Ministry said it had also made it easier for people to access food grants online or by calling the contact centre.