An Auckland city councillor has told a meeting on welfare reform his blind mother-in-law was humiliated when asked to prove her disability at a Work and Income appointment. 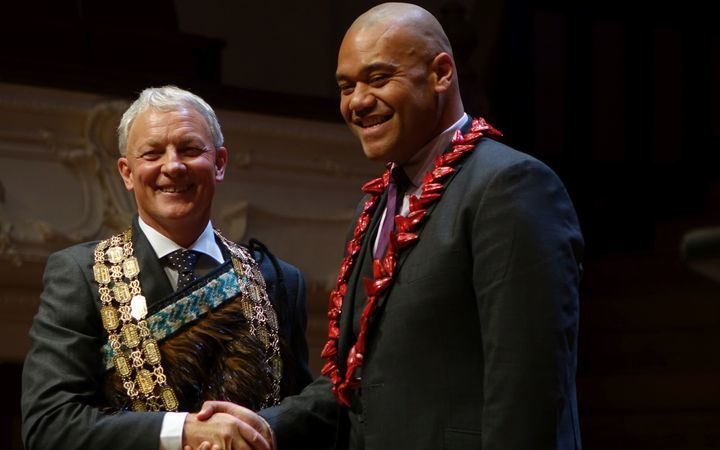 Efeso Collins, a councillor for the Manukau ward, made his comments at a meeting in Wellington organised by Child Poverty Action.

It was held to give input into ways the government could reform the welfare system.

The government's Welfare Panel, an 11-strong advisory body appointed to advise on a welfare system overhaul, is due to report back to government in February.

Mr Collin's contribution was one of many by people who had experienced bad treatment when dealing with Work and Income.

Mr Collin said his wife Fia took her mother to Work and Income a number of years ago, because she was claiming an invalidity benefit and was required to prove she was blind.

Having medical certificates from her GP and an eye specialist, the pair were eventually called in to see a Work and Income case worker.

"The woman says to her 'I can tell you can see because you walked to my office'," Mr Collins said.

"She pulls open her draw, throws a booklet in front of her and says 'prove to me that you can't read that'.

There were hundreds of responses, with people telling their own stories of hurt, frustration and desperation.

"The stories of the treatment of single mums, of people of colour, Māori and Pacific specifically, of people with disabilities, just kept coming through," he told the meeting.

"The things that these individuals and communities are told everyday is just atrocious and outrageous."

Ministry of Social Development deputy chief executive, Nic Blakeley, told the meeting the department had adopted a new approach to treat people better, but that it could do better.

"We want to make sure we're treating people with respect, that we're being personalised to what's going to work best for them and that also means that we're proactive in the support that we're providing," he said.

"That may also mean that after people leave the benefit, what the sort of ongoing support that we might be able to provide."

Honorary Associate Professor in the economics department at the University of Auckland, Susan St John, said she was worried the welfare state was collapsing.

"There's the homelessness - not just in Queen Street - on a scale not seen since The Depression," she said.

"The working poor, who can't feed their children after devastating housing costs, if they are lucky enough to have a house. Food banks and social services, and private charities such as KidsCan are being overwhelmed," she said.

"And then there's the stories of the harsh treatment by Work and Income that have echoes of that wonderful film, I Daniel Blake.

Green co-leader Marama Davidson explained how beneficiaries were worse off since benefit cuts in 1991.

The politician, who entered Parliament three years ago owing money to Work and Income after having her power was cut off when a single mum, said demeaning institutional attitudes to the poor had to change.