The stink caused by a pile of compost in a small town has grown a little bit bigger. 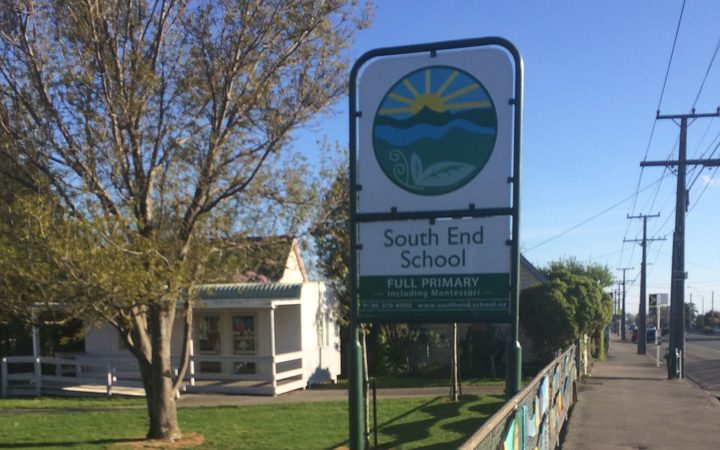 Now a new report into what happened at South End School in Carterton paints a picture of a chaotic scene where not everyone knew what was going on.

The first ambulance officer at the scene found two children showing signs of chemical exposure but he couldn't see or smell where it was coming from.

Within 10 minutes, 20 children were complaining of feeling sick. Some vomited, others complained of itchy skin or red, irritated eyes.

Reinforcements were called in with police, army, local council and Red Cross staff all descending on the school, some from as far afield as Wellington.

Thirty-one children were put through decontamination showers and 11 were checked at Masterton Hospital.

A Fire and Emergency report said a total of 167 people were assessed at the school, making it the largest single mass casualty event since the Wahine disaster.

Regional manager Bruce Stubbs said such events were rare and he was pleased with the way it was handled.

"There's always room for improvement, but these are dynamic situations and the information changes very quickly. We have to react to those changes and we continue to plan and re-plan."

But Fire and Emergency's own review criticises aspects of the operation, including a lack of communication between regional public health staff and the incident controller.

Medical Officer of Health Stephen Palmer has a list of complaints.

"We were not told Wellington Free Ambulance were cordoned off in the school grounds, and we could not communicate with them," Dr Palmer said.

"RPH (Regional Public Health) was not consulted prior to de-contamination commencing, but were later asked to make a decision to stop. There were no regular inter-agency briefings. It was not possible to undertake a site assessment due to the cordon around the entire school,"

The report also questions why firefighters put the children in decontamination showers when there were no signs of a hazardous substance on their clothing or skin.

However, Mr Stubbs said that was the right thing to do.

"Wellington Free were giving us advice that these children needed to be taken to hospital urgently, because we know that hospitals won't take people that are potentially contaminated with something," he said.

Delays in identifying the source of the smell also added to the confusion - the Civil Aviation Authority and police took three days to rule out a topdressing plane being responsible.

Reports that mushroom compost on a neighbouring property was to blame were initially discounted because the children had become ill before the compost arrived. 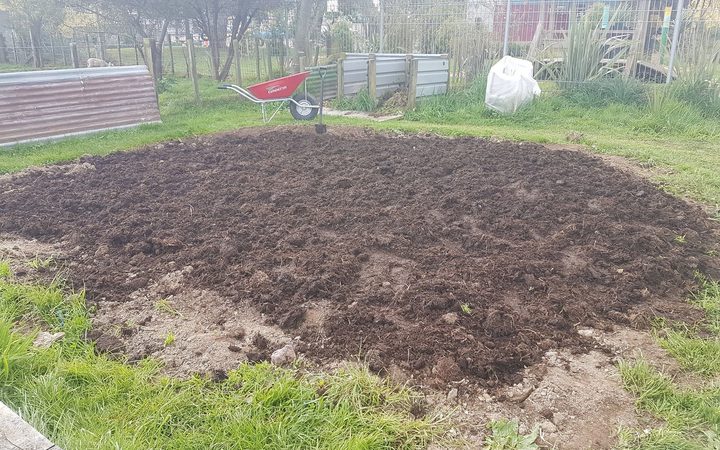 The compost pile near a Carterton school that is being blamed for a smell that made several schoolchildren fall ill. Photo: RNZ / Katie Doyle

It later emerged the first symptoms appeared five minutes after it was delivered.

Dr Palmer said it would have been better to have been told earlier about the compost delivery.

"It's very unclear in the delay in undertaking the grid search and that was not discussed at the debrief," he said.

"I think it was a degree of hysteria from the children, perhaps, and then that sort of transferred to the school staff. I don't blame them for it, it's a different world we live in these days - there are these sorts of threats. You look at what happened in Christchurch the other week. It's not like you can just let these things slide and as though 'oh, look, it's New Zealand. Nothing like that's going to happen here'," he said.

Carterton mayor John Booth - whose role liaising between parents and officials was praised in the report - is backing how the emergency was handled, saying communication between the different agencies appeared good.

However, he admitted it would have been useful to have a loud speaker at the scene.

"Amongst all the noise that was going on, they struggled to hear the directions and information from the authorities. That's why I stepped up and used a big loud voice and sort of corralled people to an area and spoke directly to them. [I told them] 'This is what's happening, the authorities are going through the process to make sure you all take your kids home tonight'," he said.

Authorities said they'd learnt a lot since the September stink and there was now a better relationship between emergency services and health officials.