The 10 students from Carterton's South End primary school that were hospitalised due to an unusual smell will be back at school tomorrow. 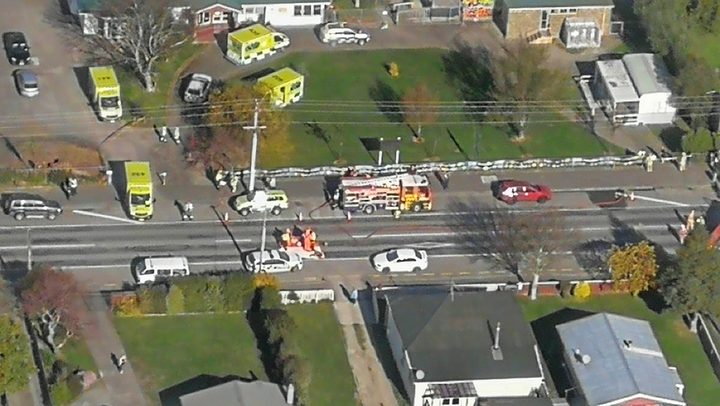 South End primary school was in lockdown following an unusual smell that caused 10 children to be hospitalised. Photo: Supplied

Originally the smell was thought to have come from a plane that flew near the school but police have ruled that out after speaking with the pilot.

South End board of trustees chairman Brian Chin said it will be business as usual tomorrow for everyone at the school, including the children who fell ill.

"All children were discharged on Friday evening. They were sent home with information about what to do if they feel unwell again.

"They have contact numbers on hand if they feel unwell again and at this stage we envisage all those children will be at school again on Monday," Mr Chin said.

Wairarapa Area Commander Inspector Scott Miller said the police were turning their focus to neigbouring properties and the surrounding area to find the source of the smell.

"There will be a couple of people in the [neigbouring] houses that we haven't spoken to and we'll be looking closely at the area to see whether there's anything in our police intelligence systems that may indicate where this smell may have come from."