Authorities remain stumped by a mystery vapour that left children sick at a Wairarapa school on Friday and prompted a full scale response from emergency services. 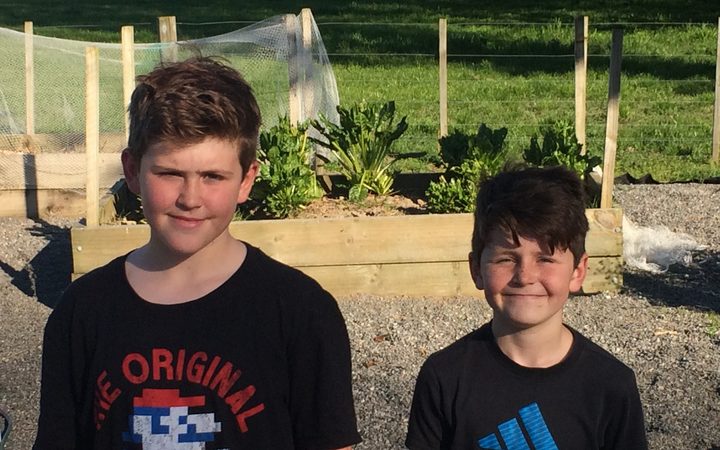 Daniel Gasson was one of the first students who fell sick, his brother Charlie said the vapour smelt like a rotting dead pig. Photo: RNZ / Catherine Hutton

Police, fire, ambulance, the Red Cross and even the army were called to Carterton's South End School.

Residents described a scene reminiscent of the television show Breaking Bad with men in orange suits combing the school grounds, but police say finding the source of the stink is exceptionally difficult and they need the public's help.

It's back to school today for students at South End School but the source of the vapour is still a mystery.

Wairarapa's area commander Inspector Scott Miller said initial reports from the school said a plane had flown overhead with white stuff coming out of it.

But having spoken to the pilot of the Cessna, tracked down by the Civil Aviation Authority, police said it's highly unlikely it was the source.

"The other thing with that is, if it's vapour - as it was - or a chemical smell coming out of the plane it wouldn't get anywhere near the ground or the school," he said.

"You'd get actual smells further up the road and furthur down the road. No one else apart from this immediate area has actually smelt anything and no one else has been affected. We've got another school very close, no one else was affected," he said. 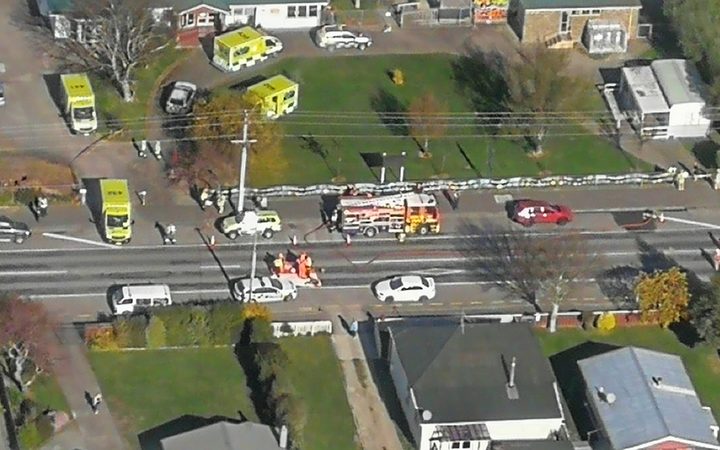 Neighbouring resident Brent Wilton suspects a bacon factory behind the school is the culprit.

"The reason being, nothing else around here, because we know this area, remotely would let a cloud of anything that strong. And if they had a mishap over there, it would have gone 'phuuff' and then gone," he said.

But Mr Miller said police had ruled out the bacon factory.

"We have a smell which is out on the road, in High Street. We've got that south easterly breeze and that's blown that across the school to the back of the school, which again is the wrong direction for the plane which was seen on the left side of the school."

"We've made enquiries at the bacon factory and we've negated anything from there," he said.

The alarm was raised on Friday when children suddenly started vomiting.

About 10 students were taken to hospital including Daniel Gasson, who was the first of dozens of students sent through a decontamination tent.

The 12-year-old, who was playing football at lunchtime, said a plane flew overhead and shortly after there was a strange smell.

Back inside after lunch, several children complained of feeling sick and someone vomited. He felt okay, until he and his two friends were sent back outside by his teacher to check the school compost.

He said the whole back field smelt like Rotorua, but much worse.

His 10-year-old brother Charlie was straight to the point.

"It smelt like a rotting dead pig. I went on a tramp today and yesterday and we found a dead piglet and that's what is smelt like," he said.

Their mother, Jenny, said her children were fine, albeit a bit tired and freaked out. She said she has no idea what caused the smell, but when they smell sulphur near their house, it's usually sewage.

Mr Miller said descriptions of the smell had ranged from a strong smell like faeces right through to sulphur.

He said they've asked their clandestine laboratory team in Wellington if the descriptions of the chemical smells match a meth lab and it seems unlikely.

Mr Miller said they will be talking to ESR today and he hopes they'll have some advice.

He's convinced someone knows what they've done but is reluctant to come forward.

I don't think you could cause that smell and not know you've done it. Someone just spilt a can of something and it's got in the wind, it could be that simple. Especially when all of a sudden they've seen what happened and they're going, 'I'm not saying anything'. It would certainly be nice if it was an accident like that, if we knew we could just put this to bed," he said.

Police will spend today at the school and staff are holding a debrief this morning before assembly.