The sulphur smell at a Carterton school where 10 pupils fell ill on Friday was from compost at a neighbouring property, police say. 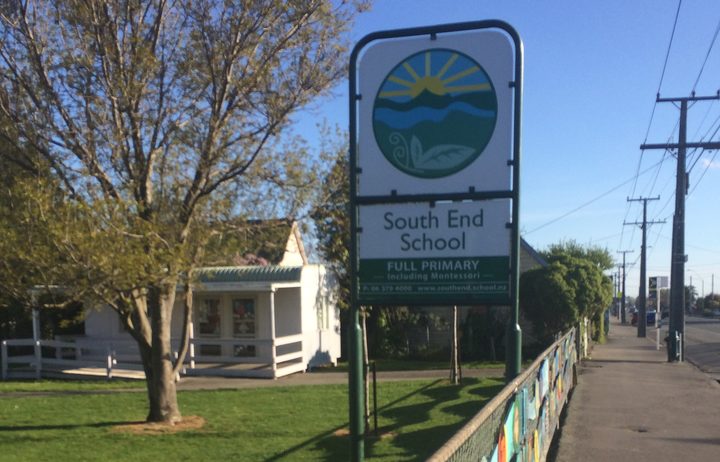 The vapour at the South End School prompted a full scale response from emergency services on Friday.

Students at the Wairarapa school described the smell as reminisent of "a rotting dead pig" or "like Rotorua".

The school was put in lockdown on Friday afternoon.

Wairarapa area commander Inspector Scott Miller said a truck load of compost was delivered to a neighbouring property on Friday.

"That compost was fresh and as part of that, it was actually hot.

"Part of the process of compost is to heat it up to 80°C. When that occurs with the other manufacturing processes within that compost, that creates a sulphur smell. That sulphur smell can be very strong."

He said the compost was put in a pile beside the school, separated only by a wire fence.

The manufacturer has been making compost for over 50 years without incident, but it was the combination of fresh compost, heat and the weather that caused Friday's incident, he said.

It confirmed that there would be a strong sulphur smell, on occasion, because of the heat.

Mr Miller said the compost has been spread thinly and there was no further possibility of any ongoing effects.

The symptoms were consistent with exposure to sulphur, including dizziness, nausea, sore eyes and headaches, he said.

He was very happy the matter had been resolved and had brought a sense of relief to the community.

All 10 students who fell ill and were taken to hospital were discharged.

Health professionals did not believe the children would suffer any ongoing effects.

The owner of the compost said he would be very surprised if anyone could get sick from it.

Illya McLellan, who lives next to the school, said he got compost delivered from Parkvale Mushrooms on Friday.

"I had an idea on Friday that it might've been the compost," he said.

"The thing that threw me out was that someone mentioned that the times were different when the kids got sick and when our compost had been delivered, so I discounted it a little, but then I thought it must have been a factor because I knew the stuff was quite pungent."

Mr McLellan, who also has a child at the school, said it was the third time they've had the compost delivered and it's never been an issue. He was sceptical about the compost getting the kids sick.

"We use it to grow food and our dog chews on it and doesn't get sick. I'd be very surprised if the illness that occurred had anything to do with the compost.

"I do know that there has been gastro going around... I definitely think that the smell would have been noticeable to the kids. The fact that one of them said they saw a plane ... would have contributed to the hysteria that erupted."

He thinks the combination of a hot day and the smell wafting across, meant things got out of hand.

Mr McLellan was visited by the police this morning, and was asked to spread the compost thinly so it couldn't happen again. 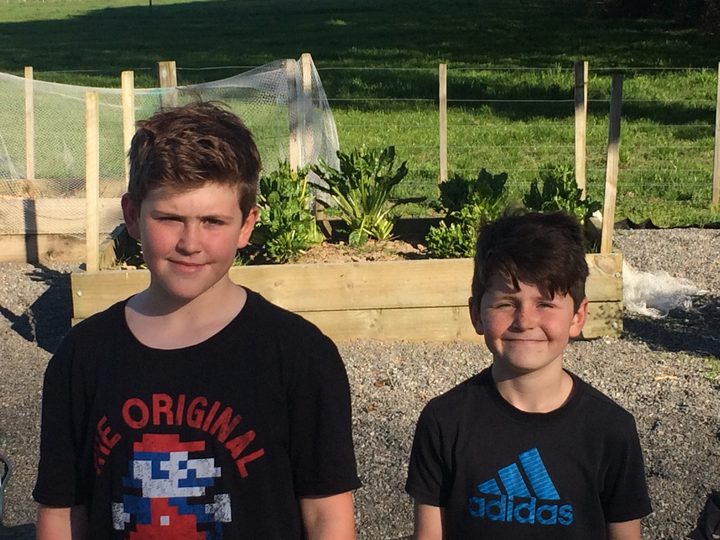 Daniel Gasson, one of the first students who felt ill, and his brother Charlie, who said said the vapour smelt like a rotting dead pig. Photo: RNZ / Catherine Hutton

Parents doing the school run this morning said they were nervous about sending their children back to school.

One of them, Tracie Lee, said she had accompanied her daughter to school so she could make sure everything was okay.

"It's very frightening especially for all the kiddies coming back today," she said.

Another parent, Dougal Shelton, was full of praise for the way emergency services handled the situation.

"It actually feels pretty good to be honest, because I think things on Friday actually ended up really, really well considering how it could have gone.

"The staff did a fantastic job, so all the kids came out, they were happy as, they didn't know how serious it was," he said.