The lack of trust between junior doctors and their employers has never been worse than it is now, a senior doctor says.

Junior doctors today begin the second day of a five-day strike at all district health boards except in Canterbury.

It is the fifth in a series of strikes since January, and the longest so far.

The main sticking point is that district health boards want hospital chief executives to have the final say over working arrangements, including rosters, rather than the union head office.

Middlemore Hospital intensive care specialist David Galler, speaking for himself not the Counties Manukau DHB, said a "fundamental lack of trust" was behind the impasse. 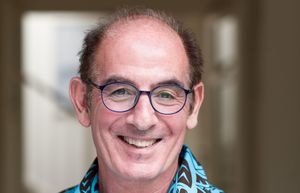 "That is the fundamental issue here, it's not a question of arguing over clause A versus clause B [in the agreement]."

He said if there were trust and a good relationship the issue of control over rosters would be able to be worked through.

Dr Galler said getting negotiations happening out of the public spotlight and worked through over a longer time period with independent mediation might be a way to break the deadlock.

"Throughout my 30-year career as a specialist at Middlemore [the relationship's] never been lower, so there does need to be, I believe, a different approach."

In terms of a resolution, Prime Minister Jacinda Ardern told Morning Report the government would leave it to striking doctors and district health boards to nut out their current dispute.

However, she said her preference would be that both parties would be focussed on the facilitation that is scehduled to take place next week.

The Employment Relations Authority is due to provide four days of urgent independent facilitation starting next Thursday, in an effort to settle the long-running dispute.

In the meantime, Ms Ardern said the government was keeping an eye on strike action "particularly when it affects front line services".

District Health Boards national contingency planner Anne Aitcheson said hospitals have managed well so far and normal seasonal illnesses were behind most of the demand on public hospitals.

"Across the country, the greatest demand is for medical services, that's particularly what happens in winter. While it's not winter that is definitely where the greater demand is."

Ms Aitcheson said DHBs used life-preserving services agreements with the union once yesterday to provide extra staff at one DHB where there was a shortage.