Veterans are praising the government for setting aside more than $4 million over four years to support their well-being. 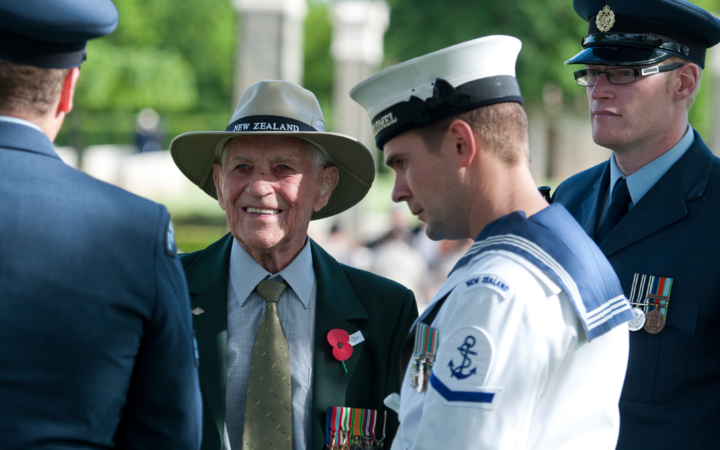 More funds have been set aside to support veterans. Photo: RNZ / WeServe.NZ

The funds will go toward health and well-being assessments to ensure veterans have continued support after leaving the Defence Force.

Robert Davies, who served in the Vietnam War, said any assistance for veterans was excellent and he was pleased to see it being provided.

He said it was especially good that the Defence Force planned to contact veterans as soon as they left service, as they sometimes struggled to ask for help.

"There are a number of people who won't necessarily come forward, so their mates generally have to prod them or intervene on their behalf," he said.

"There are a good number who don't wish to become a liablility, I guess, on the state."

Mr Davies said he was thankful to the government and Defence Minister Ron Mark for allocating funding to veterans and their families.

"You know we don't throw money around in this country towards veterans or perhaps anybody else, so well done minister."

The National President of the the Returned and Services Association said the announcement showed the government cared about veterans.

BJ Clark said it was fantastic that all veterans, young and old, would receive the care they need.

He said younger veterans sometimes fell under the radar when it came to support.

"Often when we talk about support we often automatically think of those who have served in World War II, Korea, Vietnam, and we should never ever forget that - but we should also remember that the young veterans are suffering as well and they need to be aware that we are there to help them as well."

The extra money comprises an extra $2.1m in operating funding, and a capital injection of $2m to upgrade the existing client management system.