For the first time the Australian Army has formally honoured a New Zealand Army unit for courage, for supporting their operations in the Vietnam War. 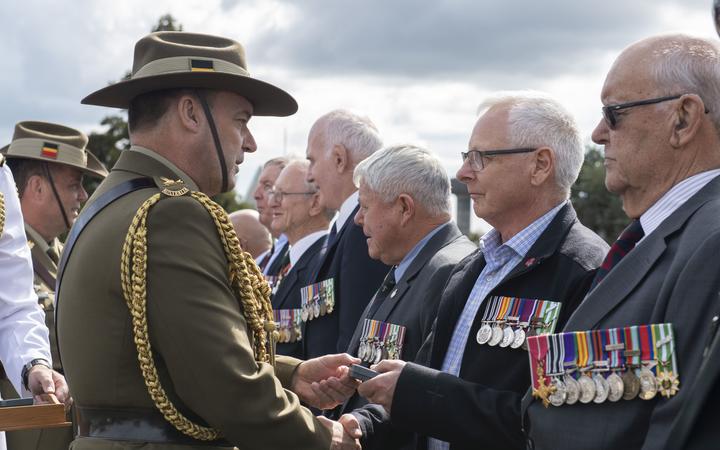 A ceremony has been held at Linton Military Camp, where citations were given to 15 gunners who served with the Australian Task Force in the 16th field regiment of 161 Battery, from 1966 to 1971. Citations were also given to the families of gunners who were eligible but had died.

The unit was known for its accuracy and the heavy fire support it offered at critical times, he said. 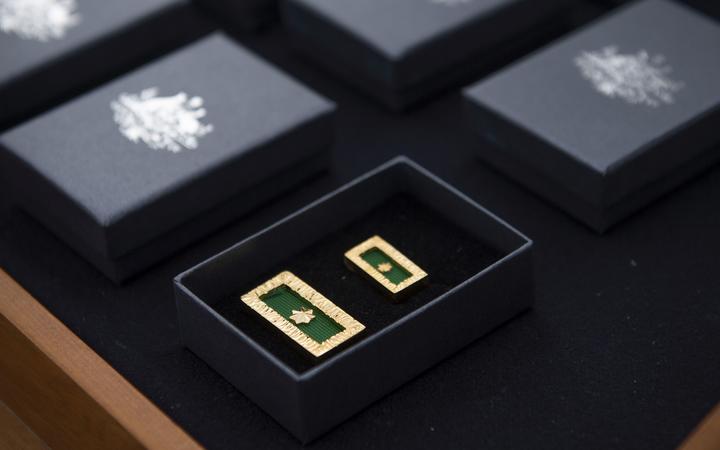 The insignia for the Australian Unit Citation for Gallantry is worn only by the veterans and their families if they have died. Photo: Supplied / NZ Defence Force

Vietnam veterans spokesman Pat Duggan, who also served with the New Zealand artillery in Vietnam, said even after 50 years, the award was still "magnificent", and the right thing to do.

The New Zealand artillery that served in Vietnam had an excellent reputation internationally for accuracy and 'rolling up their sleeves' to get the job done, he said.

"We weren't, but we provided very accurate support to support the infantry and the Aussies, and we won that battle."

Mr Duggan said many people had come out of the woodwork to congratulate the unit.

"Our guys stepped up to the mark. [Gunners' roles] are very technical, it involves all sort of calculations and plotters. But we've got a job to do, we've got to go out and support the infantry... and we did it very well, they're an amazing bunch."

Veterans Minister Ron Mark was at the parade at Linton on Friday, and said the relationship between the New Zealand and Australian militaries was stronger because of serving side by side during the Vietnam War.

New Zealand soldiers have been awarded citations by the Australian Army before, but this is the first time a whole unit has been recognised.