New Zealand soldiers who fought in the Vietnam War, as part of an Australian Task Force, will today receive recognition for their gallantry. 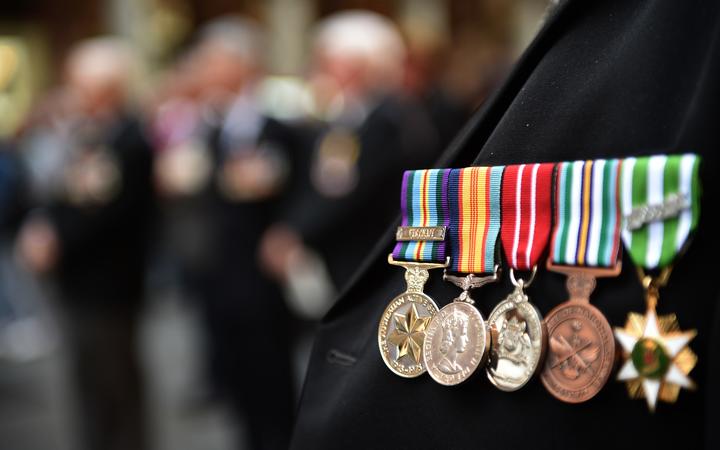 An Australian war veteran wears his medals, including a service medal from the Vietnam war (far left), at the 50th anniversary of the Vietnam Veterans Memorial Service in Sydney. Photo: AFP / Peter Parks

The men were members of the 161 Battery of the Royal New Zealand Artillery and fought in battles at Fire Support Bases Coral and Balmoral between 12 May and 6 June, 1968.

They will be given the Australian Unit Citation for Gallantry, the first time this award has been given to a New Zealand military unit.

Last year, the Australian Government awarded the citation to its units for extraordinary gallantry they provided during the battles.

It also offered the award to the New Zealanders who participated in the battles while integrated into the Australian Task Force.

The awards will be presented to 14 surviving members of the unit and to two next of kin at a ceremony at Linton Military Camp on Friday afternoon.

Members of 161 Battery, RNZA went to Vietnam near Bien Hoa in July 1965. They moved to Nui Dat in the neighbouring Phuoc Tuy province as part of the newly formed First Australian Task Force on 23 May, 1966 and provided fire support to Australian and New Zealand Battalions until they were withdrawn in May 1971.

The battles they fought with the Australians were among the largest and most protracted in the Vietnam War.

The gunners of 161 Battery received high praise for the accuracy and volume of fire support they provided at critical stages of attacks on Australian battalion positions.