A seriously injured girl was found in the same room as a dead woman in Wellington on Friday, police say. 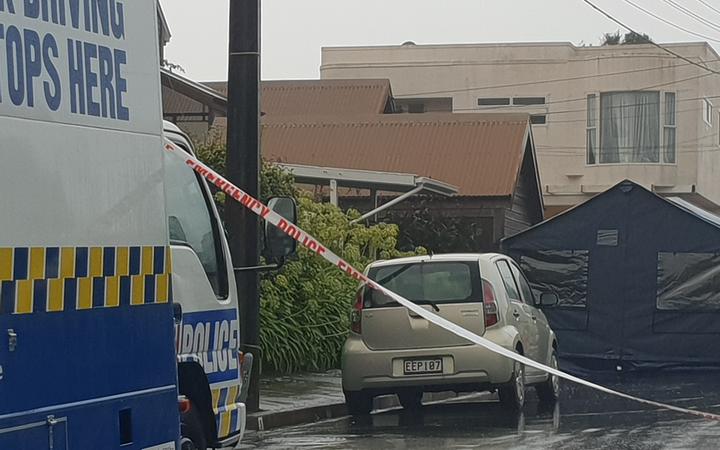 A murder charge was laid yesterday against a 30-year-old man after police found the 12-year-old girl and the woman's body together in a bedroom.

Police and three ambulance crews responded to an emergency call to Lemnos Avenue in the upmarket suburb of Karori at 1.10pm on Friday afternoon.

Detective senior sergeant Warwick McKee said the girl was rushed to Wellington Hospital with serious injuries and went into surgery that night.

The girl and woman knew the man charged, but were not related to him, he said.

A spokesperson from Capital and Coast DHB said the girl was in a stable condition in a ward on Saturday. Mr McKee said police were hopeful she would make a full recovery.

Earlier this morning police lifted the cordon on the lower part of Lemnos Avenue but police tape still blocked the upper end of the street, surrounding the house the girl and woman were found at.

A local resident said officers were focusing on two different addresses in Lemnos Avenue, a house and a sleep-out at the back of another property.

"There's a big blue tent outside one house, and a street full of vans. There's been so many cars with detectives and forensics teams, and trailers.

Most of the people that lived in Lemnos Avenue had been there a long time and the street was usually peaceful, she said.

Mr McKee said a scene examination was being done on Saturday and 20 officers were working on the investigation. Police could be at the scene for a week.

Police said on Friday they were not seeking anyone else in relation to the incident.