An advocate for young Muslim people is concerned about what mental health services are available for his peers following the shootings at two mosques in Christchurch. 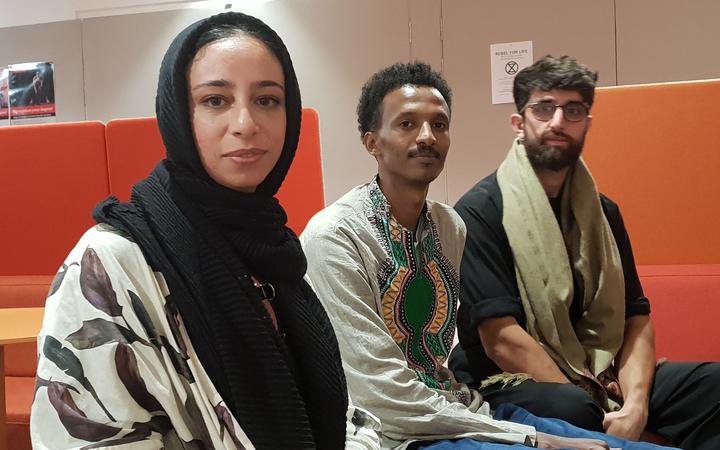 A mental health hui for young Muslims in Christchurch at the weekend gave them a chance to talk about how they were feeling, what they needed, and how to make sure their voices were heard as Christchurch and New Zealand heals from the terror attacks a month ago.

The 50 or so young people at the hui talked about what support they felt was needed. There are also plans for more hui to help them figure out how to have their voices heard, and have their needs met.

Guled Mire, an advocate for young Muslims, and co-founder of Third Culture Minds, said worries were raised that there weren't enough culturally-specific services.

He said access to mental health was a problem affecting many communities across New Zealand, and during the meeting people said they had been hesitant to seek help.

"They are concerned that those people are not going to be able to resonate with them and undestand their experiences because their worldview has been formed essentially as their identities as Muslims, and they want to be able to relate to counsellors."

There needed to be more data and more conversations about how things were for young Muslims, and how to bridge any gaps, Mr Mire said.

"There's no information, this is not really recorded. The data is really quite important, and we don't even have those statistics.

"Some of those in our Muslim communities come from refugee backgrounds and there's another trauma that's associated with that, so actually our Muslims are much more vulnerable in that sense, because there's a lot of information that we don't know."

Nada Tawfeek was also at the gathering, and said that within the Muslim community as in most parts of society there was a stigma attached to poor mental health.

"This community, right now, they really need to break that stigma and they need to seek mental health help in any form. It might not just be 'I'm seeing a psychologist' it might be group therapy, it might be reaching out for support from your peers, or your friends."

"It's important that a counsellor understands, appreciates and acknowledges language, religion, cultural positions and in the case of Christchurch at the moment - responses to death and mourning.

"By validating someone's worldview like that it can create a connection and build a better relationship so I think that's a huge part of what's needed."

"For most young people that we work with, for example, what you have to understand is that they walk in two worlds every day, that of their parents, and that of their peers.

"So on one hand, they want to support and respect their own cultural heritage, but the other hand they want to integrate into New Zealand as a Kiwi.

"It is a very complicated place for them to be."

Diversity Counselling New Zealand co-founder Vanisri Mills also said there is a huge gap in culturally responsive services in New Zealand, but it is getting smaller.

Services needed to do more than wait for young people to be referred to them, she said.

"It's important to create an environment or community where you feel safe, and feel belonging, that's really important for the younger kids."

It was also important to be able to communicate with someone, and connect with them so they could talk openly. It could be hard to get people to open up without that connection and engagement, she said.

Ms Mills said there were already lots of barriers to accessing counselling, made harder by language barriers and a lack of cultural understanding.

She said the clinical leadership team was being advised by international experts. Muslim social workers, and support workers from Kahui Tu Kaha - an Auckland based organisation - were also helping.

The Ministry of Health did not respond to questions about how they were supporting Muslim people's mental health.