A week after the atrocities at the Linwood and Al Noor Mosques in Christchurch, people are beginning to grapple with what it means for the city. 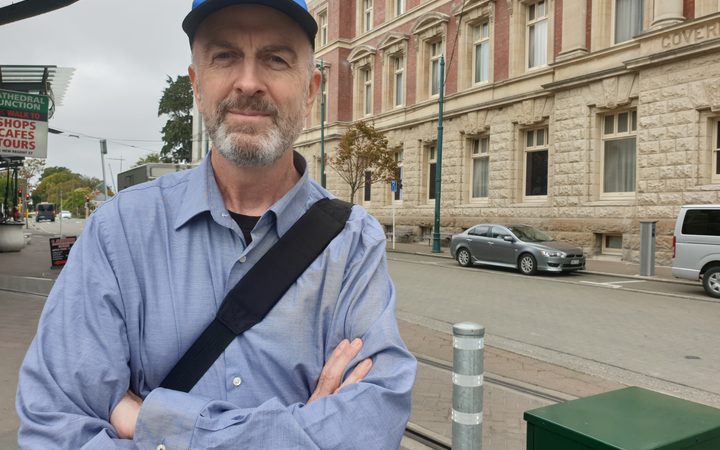 Ken Hall sees a determination in Christchurch to make the city better as it recovers from the mosque terrorism. Photo: RNZ / Robin Martin

Will Christchurch be forever tarnished by the murder of 50 of its residents or will the outpouring of love for those killed make the city stronger?

Take a stroll around Cathedral Square and you could be forgiven for thinking life is returning to normal in Christchurch. Tourists are scattered among the cafes and the sound of construction work is a constant companion.

But not more than five minutes away thousands of floral tributes adorn the footpath at Hagley Park and one of the city's mosques remains cordoned off and under armed guard while the Linwood Mosque reopened to visitors last night.

Christchurch Art Gallery curator Ken Hall was under no illusion that the city had been damaged.

"It's huge. It kinda feels worse than the earthquakes in lots of ways. Human agency is a really different thing to nature's forces just doing what they need to do.

"It's something really different to that, but it's as traumatic. It's more traumatic really."

But Mr Hall believed there was a determination for the city to become an even better place.

"I think there is a fight in us that says we don't want this. We're not going to have this. We're going to stand for everything that is not this.

"I think we will never forget what happened on Friday. As a tourist business we can't avoid conversations about what happened and we do think about it.

"We will never forget. They will be in our hearts forever, the people that died."

Ms Rios expected tourism to take a hit in the wake of the attack. 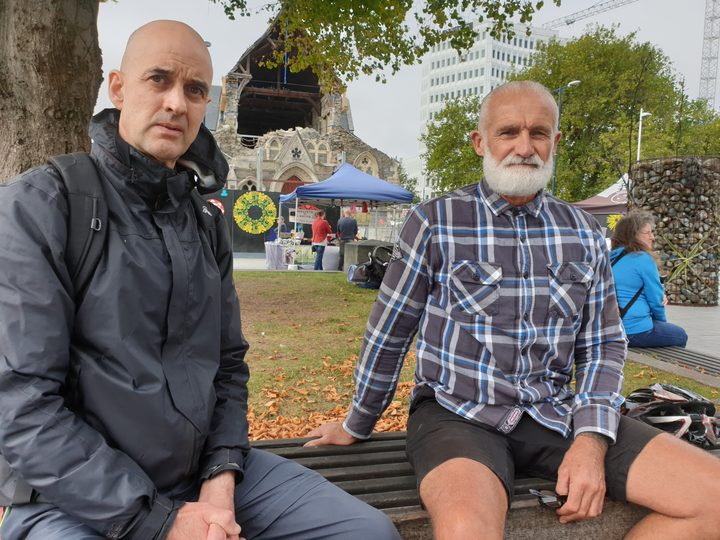 Sitting in Cathedral Square mental health worker Steven Quirk was also in no doubt the city had been wounded.

"Yeah Christchurch is scarred by it. Yeah definitely, but I think we can get over it by showing common respect to each other as human beings, because it's a human issue.

"It's not a religious issue, it's a human issue and it's built on racism."

Mr Quirk said everyone in New Zealand had to acknowledge the racism that existed here.

"I think there has been a little bit of an under-swell here in Christchurch of racism and white fascism, but it's not half as bad as it used to be 20 years ago.

"I think it's no worse here than any other city in New Zealand."

Cashmere resident Carolyn Childs was looking at the floral tributes at Hagley Park. She was worried but held out hope for a brighter future.

"There's evil that's never occurred in this city before that's happened and lives have been lost because of their particular faith and I think that is something we will never ever forget.

"That will be with us forever, but I also think that when you see something like what is happening here there could be some good that can come out of this."

Auckland Imam, Muhammed Shaakir Ishmail, who had been sharing a message of love and reconciliation, shared this optimism.

"You know like they say, it's a wound and wounds may heal, but sometimes the scar is a slight or gentle reminder.

"I've given some examples when I've been walking around this flower wall and I've said 'that we were two sides of a jacket, the right and left, before this crisis.

"After this incident the jacket has been zipped up and now we are one."

Despite this, Imam Shaakir said there was a concern about Islamophobia around the world and he warned social media could be used to breed hatred.