A subsidiary of Hawkes Bay Seafoods, which earlier this year was hit with a record-breaking $1 million fine for illegal fishing activities, has been barred from fishing for three years. 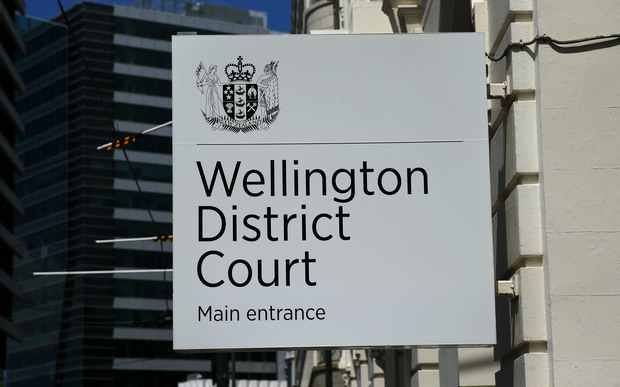 Esplanade Number 3 was sentenced in the Wellington District Court this morning, after pleading guilty to two charges of failing to provide Catch Landing Returns and two of making false statements in those returns.

In a sentencing judgment delivered on Thursday morning, Judge Stephen Harrop said during the operation an undercover fisheries officer met many people involved in the illegal harvesting and sale of rock lobster, including Karl Harrison, a commercial rock lobster fishman and skipper.

"He fished for rock lobster pursuant to a fishing permit held by Esplanade, being a registered fishing company.

"He landed his catches to the licensed fish receiver, Ocean Enterprises Limited. Esplanade and OEL are part of a vertically integrated Napier-based fishing company which includes Hawkes Bay Seafoods Limited (HBS) as the distribution arm."

Karl Harrison pleaded guilty to 67 charges, of which 35 related to Catch Landing Returns, along with 13 charges of obtaining a benefit by knowingly dealing with rock lobster otherwise than in accordance with the Fisheries Act.

In August last year he was sentenced to 10 months home detention.

Judge Harrop said while the skipper involved was the primary offender, the company had ultimate responsibility for ensuring he complied with fisheries legislation.

He held Harrison responsible for 80 percent of the offending and Esplanade Number 3 for 20 percent.

Judge Harrop said the the most serious aggravating factor in the case was the abuse of trust and the vulnerabilty of the Hawkes Bay and East Coast rock lobster fisheries.

"The integrity of the quota management system depends on the truthful and accurate declaration of catches by fishing permit holders.

"When [they] unlawfully catch rock lobster in excess of the total allowable commercial catch level, the fishery is placed at greater risk of depletion."

He said Esplanade also had four relevant previous convictions resulting from earlier Ministry operations, including "Operation Roundup", which began in 1990.

"[That] detected large scale misreporting of fish within the Harbour Inn Seafoods Group, which included Esplanade, then trading under its previous registered name of Harbour City Seafoods Limited.

"The misreporting primarily involved orange roughy; a total of 700 tonnes was received illegally with a retail value of $2m.

"[The sentencing Judge in that case] noted the high degree of commercialism, the substantial quantities of fish involved and that 'there was a long-standing pattern of conduct and there was full knowledge of the illegal activity accompanied by deliberate attempts at concealment'."

Judge Harrop also referred to the recent case involving the company, in which the Hawkes Bay Seafood Group under-reported its catch of 27 tonnes of bluenose.

In that case Esplanade pleaded guilty on the basis it failed to monitor and accurately report the bluenose catch.

"The reality is, of course, that Esplanade, like any company only operates through its directors and in this case, the directors of Esplanade, Nino and Joe D'Esposito, can only be described as serial, long-term offenders against fisheries legislation."

While Esplanade Number 3 only faced four representative charges for the offending in question, Judge Harrop said its offending would equally have justified 36 separate charges with an overall maximum penalty of $9,000,000.

Esplanade has also agreed to pay $22,545.60 to MPI, as the deemed value of the rock lobster taken.