Pressure is piling on the Thames Coromandel District Council to sign a declaration on climate change after figures revealing ratepayers could end up forking out millions of dollars to replace infrastructure because of sea level rise. 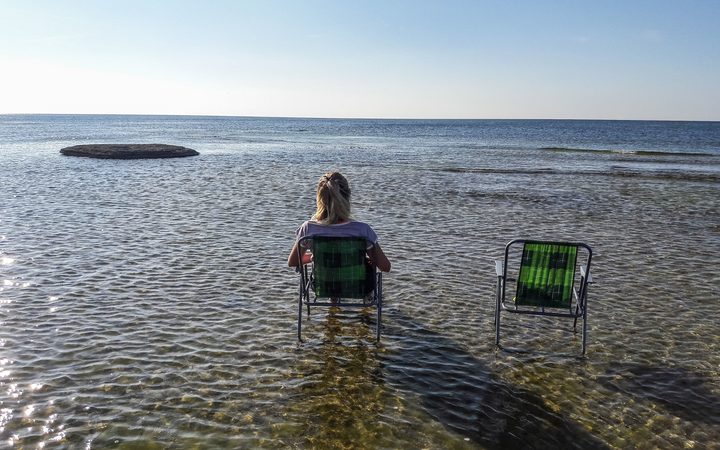 The district council will vote tomorrow on whether it will sign the Local Government New Zealand declaration - which is an aspirational document recognising councils have a part to play in mitigating climate change.

Climate scientists project if global warming stops at 1.5C above pre-industrial levels then there will be about half a metre of global sea level rise by 2100, at 2C it could get to a metre of sea level rise or more the warmer it gets.

Official information from the council released to Hauraki Coromandel Climate Action shows at half a metre of sea level rise the replacement value of core council infrastructure would be $63.5 million, at one metre it would be $128m and at three metres it would be half a billion.

The group's Sheena Beaton said the Mayor Sandra Goudie's excuse for not signing the non-binding declaration was that she didn't know what it could end up costing ratepayers.

Ms Beaton said these figures showed what the cost of inaction would be and the real danger to ratepayers is doing nothing.

"Working towards these goals and taking the preventative actions suggested in this non-binding agreement is going to cost a heck of a lot less than having our core infrastructure wrecked by sea inundation," she said.

Ms Beaton said it was astounding that the mayor cannot see the obvious connection between the massive financial risk to ratepayers, and the need for her and the council to sign the Local Government New Zealand Climate Change Declaration.

"Signing the declaration will mean the council will agree to begin reducing its own emissions."

The figures released to the climate action group cover the cost of replacement for roads, community facilities, wastewater treatment plants and pipes among many others and do not include the potential cost to private property or business.

"I think it's really arrogant that a handful of councillors can somehow think that they know better than the thousands of climate scientists," Ms Beaton said.

They said the climate strike left them determined to do something about the problem and now they were putting pressure on their local council and Mrs Goudie to sign the declaration.

About a hundred students from primary and secondary schools turned out to the march. They were supported by adults and walked along the main street to the council. 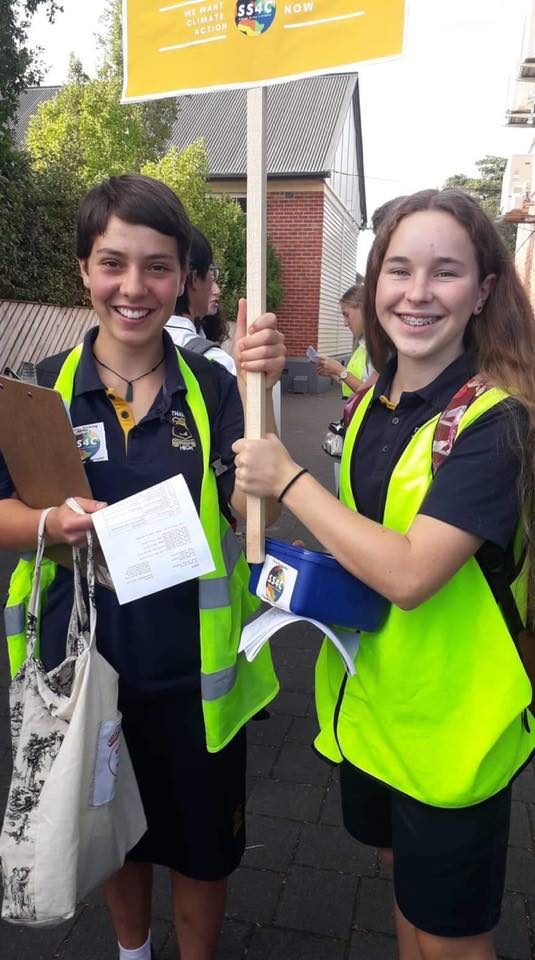 They met with local MP Scott Simpson on the day, but Mrs Goudie declined to meet the protestors.

"We thought it would be really great to get all the local leaders involved and it was a bit disappointing that she didn't support us maybe as much as we would've liked," Ms Mayer said.

Mrs Goudie did however invite the students to present to the whole of the council at a later date.

Ms Balfour said she and others of her generation felt "overwhelmed and scared and concerned for our world," but momentum on how to tackle climate change had been gathering since the strike.

RNZ contacted Mrs Goudie last week, but she declined to comment, saying she was too busy to talk and it wasn't a priority for her to speak on the matter.

She has told RNZ previously that the declaration was politically driven and that she personally did not support signing it.

She has also said previously her council was proactive in ensuring the community was protected and resilient in vulnerable coastal areas.

Ms Balfour and Ms Mayer will be presenting at the meeting tomorrow. Ms Balfour said the council would be letting them down if it did not sign the declaration.