A firefighter's widow who only got the state to pay compensation after her husband died is calling on the government to take action so others don't go through the same hardship. 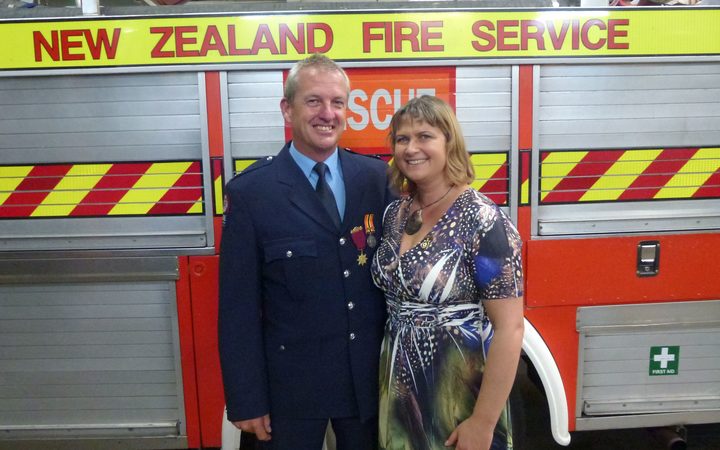 Brett 'Gonzo' How with his wife Cherie Flintoff. Photo: Supplied

The case of Brett 'Gonzo' How, of Hastings, who died aged 54 early last year, is believed to be the first where ACC has treated a firefighter's lung cancer as work-related.

Cherie Flintoff says her husband asked her to keep on pushing for New Zealand to follow Canada and Australia in recognising a range of cancers in this way.

"We discussed this while he was sick and I said to him, 'Do you want me to keep pushing this for others?' He said, 'Yes, I do, I want to keep helping others, I want this recognised'," she said.

She has joined with the Professional Firefighters Union's campaign, which presented its case for a law change to the government yesterday.

Mr How had been diagnosed with cancer in May 2017, four days after he got an award in Wellington for work on a rescue helicopter.

"He got an MRI and our worlds turned upside-down.

"One of the comments he made when he was waiting for a CT scan was, 'It doesn't take long to go from hero to zero'."

The lung cancer had already spread and he died eight months later in January 2018.

International research has established firefighters die of many cancers at much higher rates than most people, and this even as the fires they fight become ever more toxic.

Fire and Emergency New Zealand is an ACC-accredited employer.

"All employees are given information about the process to lodge a claim for any work-related injury or illness," the corporation said in a statement.

"We work through these claims with the individual, ACC, and medical professionals as required and provide support to assist their rehabilitation and return to work. All claims are managed in accordance with the ACC Act."

This was not the case for Remutaka firefighter Erroll Tapiki, who said he was not advised he could claim ACC when he got prostate cancer in 2014. 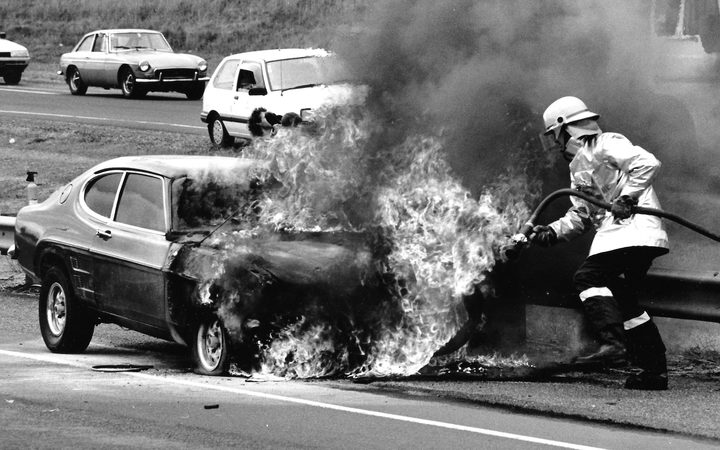 Brett Gonzo How putting out his first fire on the Auckland motorway in 1989. Photo: Supplied

Cherie Flintoff had a different, but equally disheartening experience.

"We were told we could apply for ACC but we may as well not bother - that was from someone in the Fire Service - because they didn't expect any cases to be successful."

A "stubborn" policy professional by her own admission, she and Mr How applied anyway.

It took months of work to assemble the case, arguing the cancer was work-related, but it succeeded.

Ms Flintoff got a funeral's grant, a widow's grant and an ex-gratia payment of more than $100,000 - "that only came through in the last few weeks", more than a year after Mr How's death.

The system as it stood demanded too much, especially of young families of an ill firefighter, she said.

"It's expecting them to put together quite a detailed research case ... when all the international evidence and comparable jurisdictions recognise in legislation that it's work-related illness," she said.

"It's absolutely not good enough. They're putting their lives on the line. 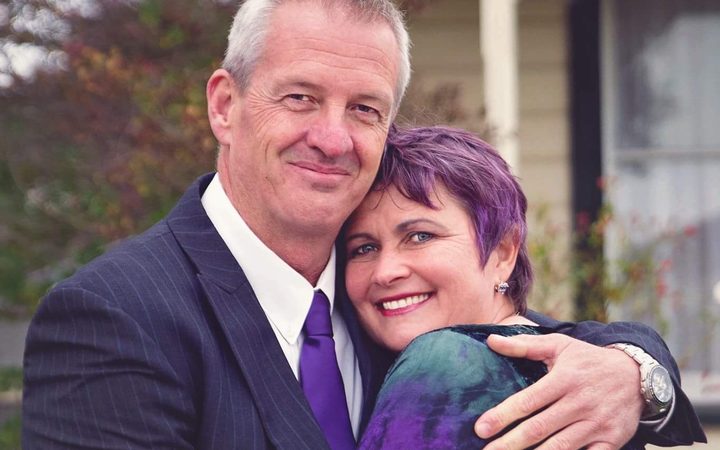 "And what most people don't realise is the biggest risk they face is dying of cancer."

ACC Minister Iain Lees-Galloway was unable to provide comment as his office said he was focussed on helping victims of the Christchurch attacks.