Devonport community leaders are worried a former landfill might be contaminated with firefighting foam chemicals. 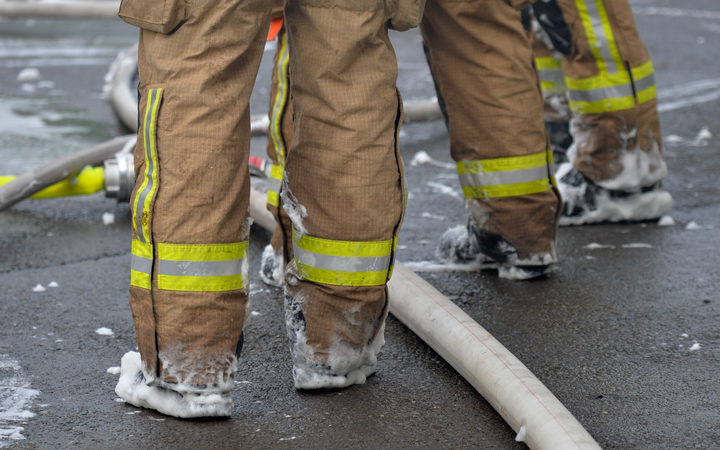 They are asking for tests of the groundwater at the old tip in Ngataringa Bay, which is now a park, and also more tests to ascertain the threat to shorebirds.

But neither look likely to happen.

The Defence Force, which has contaminated the bay with years of run-off from firefighting training using PFAS foams, said it did not know anything about the landfill, and the Auckland Council said it had no records that raised any concerns.

"The answer we're getting from Defence is we've spent $8 million on this study [nationwide] ... and they feel that's sufficient," said Grant Gillon of the Devonport-Takapuna Local Board.

Defence is beginning to pull back from its lead role in assessing PFAS exposure, starting with winding up its investigations in Auckland.

It said it had spent $7.9 million by the end of January on its PFAS investigations, on a testing and reporting programme, running community liaison teams and drop-in centres, and supplying water tanks and water. It did its first tests for PFAS, at Ohakea, in 2015.

"Future funding requirements have not been determined at this point," it said in a statement.

Mr Gillon and fellow board member Mike Cohen raised the landfill question at a council briefing about the Defence's final round of tests done on water, soil and wildlife around its Devonport Navy base.

Mr Gillon said it appeared it had not occurred to either Defence or the council to ask where containers with firefighting foam concentrate residue in them, had been dumped over the years.

"There would be high levels of contamination of PFASs if those containers were dumped in the tip," Mr Gillon said. "The board intends to raise that with [council] landfill and get some testing there, because there will be leachate coming out into the Ngataringa Bay."

Mr Cohen said in the 1970s and 80s when the tip operated, there was less awareness and less monitoring. "So I think it would be prudent to test that particular area," he said.

A local man, Richard Tong, who had a job with oversight of the tip, said it was likely toxic material like this was dumped there by Defence. However, he understood the now-filled-in landfill had a membrane under it to direct leachate into the council wastewater system.

The Defence Force said the landfill was not part of its briefing to councillors and local board members this week.

"We have no knowledge relating to disposal of [firefighting foam] containers in a landfill at Ngataringa Bay," Defence said in a statement.

"Management and monitoring of closed landfills in Auckland is the responsibility of Auckland Council."

The council said the Ngataringa site was part of its PFAS monitoring programme. "Auckland Council has no records that give us any concern of firefighting foams being disposed of in any council landfills," it said.

Mr Gillon said more tests were needed on what the dozen at-risk bird species in Ngataringa Bay were eating, after the Defence study found high levels of contamination in some invertebrates.

"This is particularly concerning for the board and community because a lot of interest and effort has been put into preserving the habitat of the birdlife in Ngataringa Bay and Shoal Bay, and the report showed the levels of contamination exceeded the avian wildlife diet guidelines.

"It's an ecological system of great value to the community."