Firefighters are pleading for a law change so they don't have to battle to get the state to pay them compensation when they get cancer.

They are pushing for a dozen or more cancers to be recognised as linked to their occupation, which would pre-qualify them for ACC.

Erroll Tapiki, a career firefighter and station officer in Remutaka near Wellington, was diagnosed with prostate cancer in 2014. He faced his own fight, and won.

He said his employer Fire and Emergency (FENZ) were "very good" when it came to allowing him to take seven weeks off work, but fell short in other ways.

"When it came to the financial side of it, I had to fund most of the payments of the oncologists' consultation fees and the MRI," he said.

He "didn't have a clue" he could have made an ACC claim.

"An illness was an illness, not an accident, and that's the way we looked at it. I was not informed it could be an ACC-able claim."

At least 10 of his colleagues in the Wellington region also have prostate cancer, and others have bowel or testicular cancer, he said.

For some, it might end their careers, and at that point ACC could become even more crucial.

"Their anger is at the lack of recognition of their illness, whether it's through government support, ACC support or employer support," Mr Tapiki said.

His diagnosis came a year after his firefighter friend Hamish Rankine got similar news. Before he died, Mr Rankin and his wife put together a video warning about the cancer threat.

This is familiar territory for Canadian firefighting union official Alex Forrest, who's in New Zealand to push for law change. 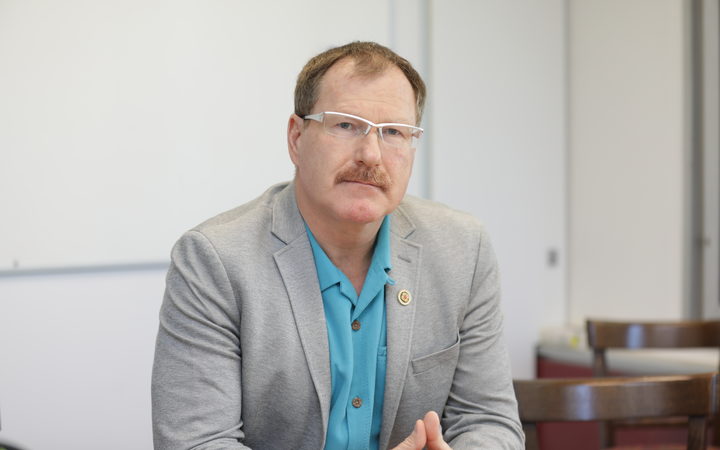 "I've been doing this for 20 years and I can tell you that when a firefighter comes to me and asks me about why they are not getting support for occupation cancer ... [it's] not because of themselves," Mr Forrest said.

Mr Forrest said the industry's protective gear had got three times better in the last five years - however, fires have got 10 times more toxic.

New Zealand firefighting union leader Wattie Watson said there remained a big disconnect between the undeniable improvements in preventing cancer in this country and what occurred when that failed - and international research shows it is failing.

In Winnepeg - where Mr Forest works, population one million - there are 1000 firefighters.

Prior to 2002 none had won any cover for occupational cancer. Since the law change more than 200 had been diagnosed and covered, he said.

"The firefighter shouldn't have to battle to get that recognised, to get the treatment, to have their wages paid, and the cost of medical paid."

Mr Tapiki has picked up the baton that Mr Rankine carried, to warn his colleagues of the risks of the job, and push for change.

"I think of FENZ as a big family of work colleagues, and for me to be able to express how I feel and maybe change the future of their lives, that's the most meaningful thing to me," Mr Tapiki said.

Fire and Emergency declined an interview. In a statement it said it was an ACC-accredited employer and it gave all employees information and support over ACC claims.

"Keeping our people safe and well is at the heart of everything we do," deputy chief executive service delivery Kerry Gregory said.

"Our people put themselves on the line every day to help keep our communities safe."

It was aware of the law change campaign which was a matter for Parliament, he said.