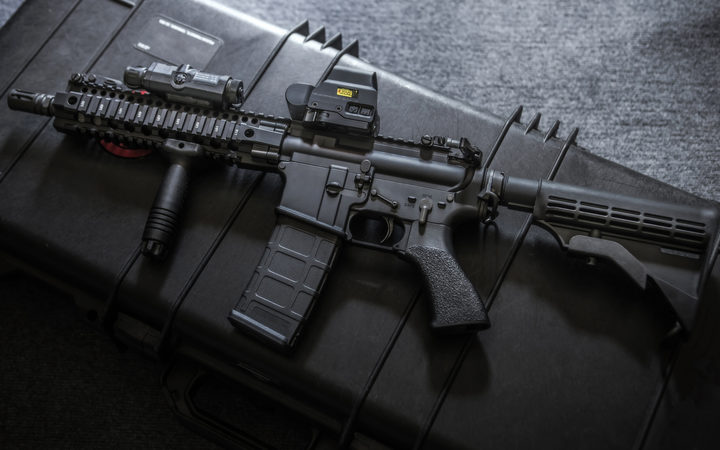 "This is a tragedy which should never have happened and we support the need to change gun laws to keep New Zealanders safe," Mr Taylor said.

"A key part of that is getting rid of military assault rifles.

"They are designed for one thing only and that's to kill people and they should have no place in New Zealand society."

No hunter would use a military style semi-automatic rifle to go duck hunting, he said.

"Shotguns designed to go hunting have a specific purpose and that's to kill a bird not to kill a person.

"The shooter in Christchurch whose weapons had a huge magazine capacity, we don't need that for recreational hunting."

Military style semi-automatic weapons could fire 15 to 20 shots without the need to reload, whereas duck hunters only needed three or four shots, he said.

"We are supporting any limitation to the magazine capacity ... on semi-automatic shotguns.

"In some areas in New Zealand now, Fish and Game already has a regulation that you can't have more than a two shot magazine."

Mr Taylor said a buy-back scheme would be needed before banning military style guns, which cost anything from $500 to $7000.

"I think military assault weapons should never have been sold in New Zealand.

"They were legally sold so there has to be a buy back and at a fair market value to get them out of society before putting in a ban."

The Cabinet had decided in principle on gun law reforms, but details needed to be worked through, Ms Ardern said.

The mosque shootings were the "worst act of terrorism on our shores" and had "exposed a range of weaknesses in New Zealand's gun laws", she said.

Ms Ardern said gun law reforms would not be aimed at people who owned guns for legitimate reasons.

She encouraged people to surrender their guns to police if they wanted to, following the tragedy.

The alleged shooter in the terrorist attacks held a standard firearms licence that allowed him to own limited power semi-automatic weapons. Police said it was possible firearms had been modified.

National Party leader Simon Bridges said gun laws needed changing and he would make sure his party was a constructive part of the the discussion.

Fifty people have died in the shootings at Al Noor and Linwood mosques and a further 49 are injured.