Some Muslim families haven't left their homes since the Christchurch terrorist attacks. 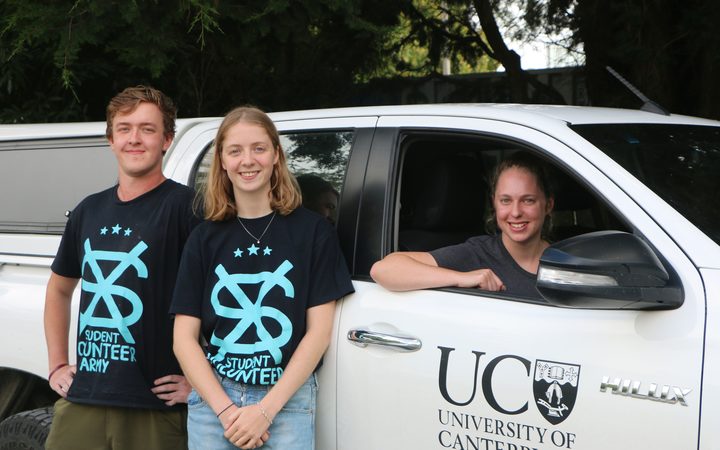 In response, the Otago community has been banded together with a push to create food hampers and offer their support.

Hamzeh Obeidat said there was easily more than 100 families in Otago who don't feel safe to leave their homes.

The president of the University of Otago Muslim University Students' Association is part of a multi-agency group trying to offer support through food.

The group is creating a shopping list to put food on the tables of those scared to go to the supermarket.

"We'll start buying things this week and then by the time we have a good list of homes we can visit, we'll start," Mr Obiedat said.

Muslim women seem to be particularly affected because they are more visible with their hijab, he said.

"For them, it's definitely a terrifying thought that Dunedin was an original target and some of them haven't left their homes since Friday.

"Thank God we've had a lot of volunteers and help, and we've sent a lot to go talk to them personally."

Association members have been visiting all of the student halls in Dunedin to offer their support.

Mr Obeidat said he was sure every Muslim living in a foreign country would have experienced discrimination at some point in their lives.

"This happening is sort of reliving those moments. The fear is just being verbally abused, not accepted, feeling ashamed to be who you are."

Volunteers at a community-led development group in Dunedin are trying to offer support where they can.

Valley Project manager Tess Trotter said it was not just about having conversations, but also taking positive action.

"There's one family that is feeling quite afraid at the moment, so we're going and walking their children to school every day and back home and just checking in."

Mr Obeidat said creating a sense of community was about having trust in each other.

"Be aware that the person next to you - your neighbour, your classmate - is another human going through their own situation. Be there for each other, when you're walking down the road smile at someone."

The university will host a vigil for peace and a hijab day on Thursday.

Up the coast, the Christchurch Student Volunteer Army has been doing what it can to help, including offering rides to people who feel uncomfortable using public transport.

A member of the group, Isabella Fanselow, said there had been an overwhelming influx of offers to help from the student community.

"It's difficult because we usually respond to natural disasters where there's a clear need for help such as digging silt, or after the Port Hills fires, replanting trees, whereas this is unlike anything New Zealand has experienced before."

She said the volunteer group expected more requests for help later in the week when the families of victims started arriving from overseas.

She said the group's drivers were respectful and didn't ask people why they were using the service.

"We're sensitive to their pain and we know they're feeling sad and scared, as a lot of people are."