Mosques across Auckland will open their doors to the public on Friday night, their holiest day of the week, to remember the 50 lives that were lost in Christchurch. 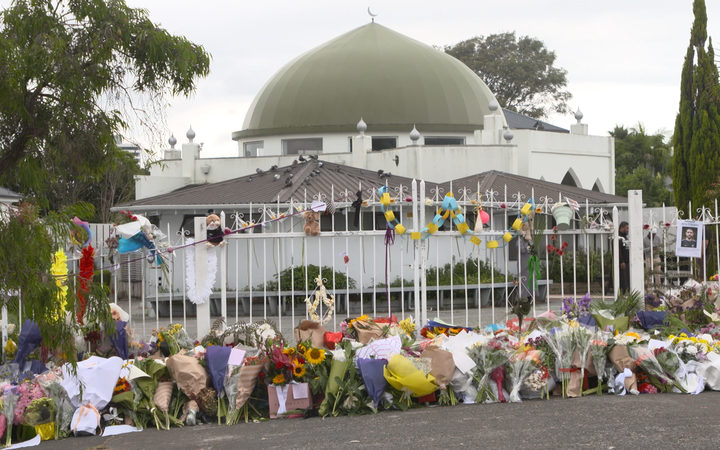 However, Muslim leaders have reiterated that mosques are always open to the public - especially so during this time.

A week on from the mass shooting, the Muslim community will open the Ponsonby Masjid, Ranui Mosque, North Shore Islamic Centre and Masjid Abu Bakr Al-Siddiq in Pakuranga for people of all faiths to join them and show solidarity.

Muslim Association president Ikhlaq Kashari said they want to encourage an atmosphere of inclusivity and openness, and an opportunity to heal as a community.

At the country's oldest mosque, Ponsonby's Al-Masjid Al-Jamie is a table with hundreds of cards that have been brought in from the rain.

Just outside, against the fence lay dozens upon dozens of fresh flowers.

Heidi drove 40 minutes from Gulf Harbour to visit the mosque and place a peace lilly among the flowers that have been laid over the past six days.

She told Checkpoint's Alex Perrottet about her family's connection to the Muslim community.

"My little boy goes to after school care with a really lovely Muslim lady, she just shows so much love and care for him. Just wanted her to know how much she is appreciated in our community."

Marcelo hung a Chilean flag on the fence to represent the pain and sorrow his community is feeling.

"I'm not Muslim but... I'm Catholic, but I feel the pain of the Muslim people... I'm doing my prayers for them."

No cars are allowed inside the gates of the mosque so the Catholic parish across the road are offering their parking.

A regular at the mosque, Bilal Slaimankhel, who is orginally from Afganistan, has lived in the area for more than a decade. He has been acting as a guide, meeting and welcoming those who drop by.

"Seeing all of this, it's touching our hearts and showing all of this respect, it's beautiful, with these words, words can mean so much.

"People stopping by and talking to each other, that's what makes us stronger and should make us more closer."

On Friday, the mosques will open their doors from 5pm to 8pm.

Auckland Mayor Phil Goff will be attending events at Ponsonby Masjid and Ranui Mosque to pay his respects to the Muslim community.

When the period of mourning subsides, Ikhlaq Kashkari said the Muslim community will want some answers about what led to the terrorist attacks.

"Having solidarity and doing things is important. I think what will make a big difference for us as a nation, and we could be leading globally in this, is to try and see what we can do to ensure this sort of thing doesn't happen," he said.

Mr Kashkari said he has met with representatives from both the government and the opposition, and he is confident that New Zealand can ensure what happened in Christchurch last week will never here happen again.

He was brought to tears when speaking about the terrorist attacks, and said he has not been able to watch the news, nor does he want to hear the gunman's name.

"There are people who have concerns about praying in the mosque and congregational prayers because of that feeling, is someone going to come through the door? That's something that we will have to deal with as well."

Waikato Muslim Association president Dr Asad Mohsin says the mosque doors are open to everyone - including the Mongrel Mob, who asked if they could stand guard outside the mosque on Friday.

"They don't need to stand outside the mosque, they can come inside the mosque because as far as we are concerned we are not scared. If we have to face anything, as a community we will stand up and face it," Dr Mohsin said.

"We don't want to give that reflection to anyone that we are scared. We will continue."

He said the community is thankful for the outpouring of support as people have been coming together to grieve.

"The Muslim community in Hamilton did not know that they had such a large extended family. The outpour of grief, the love and affection which has been shown by the wider community of Hamilton to the Muslims, it is commendable."

Auckland woman Raewyn Rasch and a friend have started a social media campaign for people to show their support of the Muslim community by wearing scarves on Friday. They hope it will become a National Scarf Day.

She said some people were worried about the appropriateness of wearing a head scarf, but she had sought approval from a Muslim women's organisation before launching the campaign.

"Our hope is that as many people can take part as possible so that if a Muslim woman walked out into the street or into a crowd or anywhere, that she wouldn't feel alone," Ms Rasch said.

Victim Support has begun distributing donations from the public, to families affected by the mosque shootings.

The organisation is offering $15,000 to each family who lost someone in the attacks, and $5000 dollars to people admitted to hospital with shooting injuries.

Some of that money comes from the Ministry of Justice Victim Assistance Scheme, but the majority is from fundraising efforts over the past few days.

More than 83,000 people have donated through a Givealittle page set up by Victim Support, with more than $7 million-dollars raised to date.

Victim Support is urging people to get in touch if they are in need of the funding.