Bowel cancer was the last thing a 49-year-old Aucklander, Jennifer Butcher, was expecting when she was diagnosed with colon cancer last September. 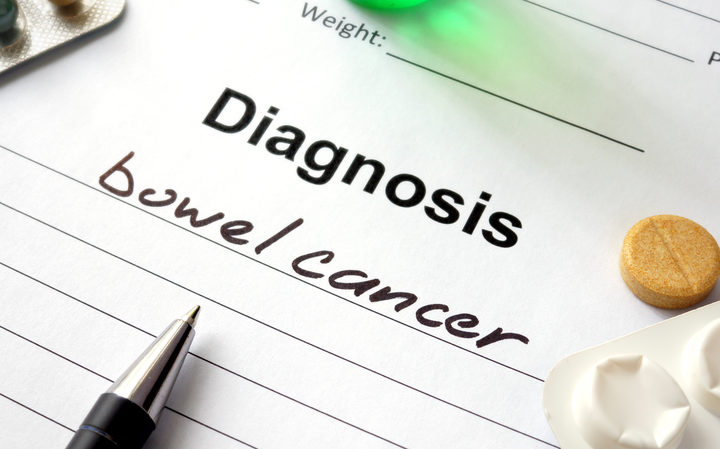 It came as a surprise. She told RNZ she was found to have a gene (PMS2) associated with Lynch Syndrome, which accounts for 4 percent or more of colorectal cancer.

She said because of the diagnosis she talked to other family members.

"It turned out that my paternal grandmother had died in her 50s of colon cancer, so we thought initially I may have inherited it through her."

She said her father and his siblings had never developed any kind of cancer.

She also investigated her mother's side of the family and found that although she had some uncles and second cousins that had had cancer, she was unsure about the specific type of cancer involved.

Ms Butcher said she had private genetic testing because she wanted information fast.

"I wanted to get results quickly, which would determine the extent of my surgery with regards to my colectomy and also potential hysterectomy or oophorectomy [removal of one or both ovaries] as well."

She had advise for others with any type of colon cancer in their family.

"Just ask around even if it's grandparents or second cousins or cousins.

"Just ask around and then talk to the New Zealand Gastrointestinal Cancer Service and get on their radar so you can be on a surveillance programme." 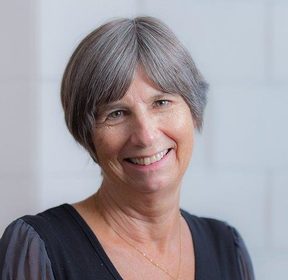 "It's vital that we do all we can to help identify patients with this hereditary form of bowel cancer and have them referred for timely assessment."

Every year more than 3100 New Zealanders are diagnosed with bowel cancer, and 1200 die from the disease a year.

Dr Parry said of the 3100, 30 percent, or 950, may report a family history of the disease and in around five percent, or 155 people, a hereditary bowel syndrome "will be the reason behind their cancer."

She said the service receives around 1700 referrals a year out of which 1215 families are identified as needing a follow-up.

Dr Parry agreed that talking to family members was vital.

"They should be asking their mums and their dads if they or their brothers or sisters have had bowel cancer.

"They should be encouraging their brothers and sisters who may not want to talk about it if their bowel problem is actually bowel cancer.

"If you have two or three relatives on one side of your family who've been diagnosed with bowel cancer, particularly at a young age, we suggest they see their general practitioner and then they will be referred to our service to work out if they have one of these genetic syndromes, so we can offer them the right bowel screening."

Surgeon Ian Bissett said bowel cancer "would be the commonest inherited gastro-intestinal cancer", adding there are several syndromes, or conditions, involved, including Lynch.

"The commonest one is ... autosomal dominant, which means half of the children of someone who's inherited this condition would also inherit it.

"And the majority of those will develop bowel cancer sometime during their lifetime."

He said that 4 to 5 percent of bowel cancers that occurred in New Zealand fitted into the familial bowel cancer syndrome.

"For them we would offer a colonoscopy to assess the whole of their colon, starting at 10 years younger than the youngest person in their family who's had a cancer of the bowel and examining the colon every year if they've been shown to have the genetic defect associated with this."

He said regular surveillance could identify either a polyp prior to cancer or cancer at an early stage, when it could be removed either during a colonoscopy procedure or by surgery to remove part of the bowel.

The medical director of the Cancer Society, Chris Jackson, says it is very important to identify genetic risks of cancer. Photo: Cancer Society of New Zealand

Cancer Society medical director Chris Jackson said the first question he was asked often following a cancer diagnosis was: "What does this mean mean for my kids, am I going to pass this on, are they going to be at increased risk because I've had cancer [and] what do I need to do to help protect them?"

He said that was why it was important to identify family history and any genetic risks, so people could be referred to the National Gastrointestinal Cancer Service.

He said New Zealand was lucky to have such a service, but added: "You still have to be referred in and it's not clear that everyone from around the country is getting referred in to the service."

Dr Jackson said that was because there was no monitoring.

He said specialists needed to make referrals and ensure people got tests but there may not be national consistency.

"We know that the patterns of testing aren't even around the country, and it's important that people do think about family history and do these freely available tests in order [that] they can get access to the national service."

These people should be offered five-yearly bowel screening by colonoscopy from age 45 or from 10 years younger than the earliest diagnosis in the family.

The average New Zealander with no family history has a 5.6 percent chance of developing bowel cancer by age 75. They are considered average risk.

The National Bowel Screening Programme is aimed at this group and most bowel cancer, by numbers, occurs in this group.

Experts from the UK, the US, Asia and Australasia are due in Auckland today for the 8th International Society for Gastrointestinal Hereditary Tumours (inSiGHT) Scientific meeting, co-hosted by the Society of Gastroenterology. Dr Parry is chairperson of inSiGHT.