The Christchurch community is rallying to support each other in the wake of the tragedy that killed 50 people.

My Fathers Barbers in Riccarton has been a central hub for locals donating water, nappies, plastic cups and other items for the victims' families.

Bec Sandys has been working long hours to collect and drop off donations from those were unable to do so themselves.

She said it had been a hard time - but necessary work.

"I spent yesterday doing the food drop just at Theo's fisheries ... I think everyone is just trying to do what they can to just help the families because it is just an unthinkable thought that this would happen," she said.

Water and items were being taken out the door and sent to the victims' families as soon as they were delivered.

Barbershop owner Matt Brown said the families had been so thankful for the community response. 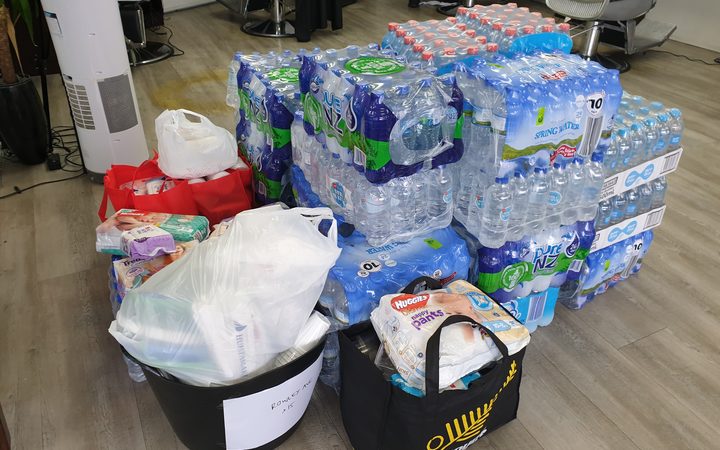 "We've been at the hospital the last two days and there's literally no water for the families that are coming in - apparently there's over 200 families flying in from around the world," he said.

"It's very emotional - obviously a lot of people have lost their families - such a tragic loss, but we're just trying to be supportive and do what we can in loving and giving," he said.

Across town, near the scene of the second shooting on Linwood Avenue, Paddy Snowdon, has been creating a memorial. 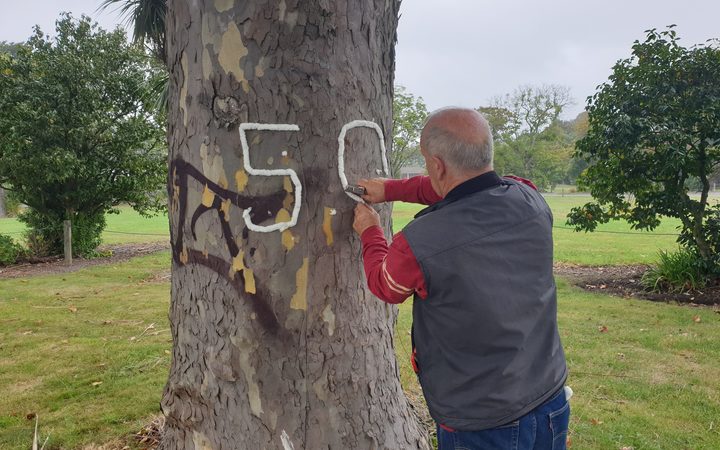 Mr Snowdon has lived in the area for about 30 years and was upset the terror attack has happened on his street.

He has tied white fabric around 50 trees with white hearts to remember the victims.

"This is my home, I live in the first block of this [street] and I get on well with my neighbours and we've all talked and had hugs ... they've brought flowers to it and I just think it is a fitting tribute," he said.

In another sign of generosity, a Riccarton burger chain is giving free food away to emergency responders.

Velvet Burger staff manager Emma Drummond said they gave away $500 worth of food in one day.

"A few people through - really appreciative of what we're doing - they were just like 'it means a lot to them that they can just come in - grab it whenever they can," she said.

The generosity of Cantabrians - giving the community a chance to stop, think, grieve and remember. 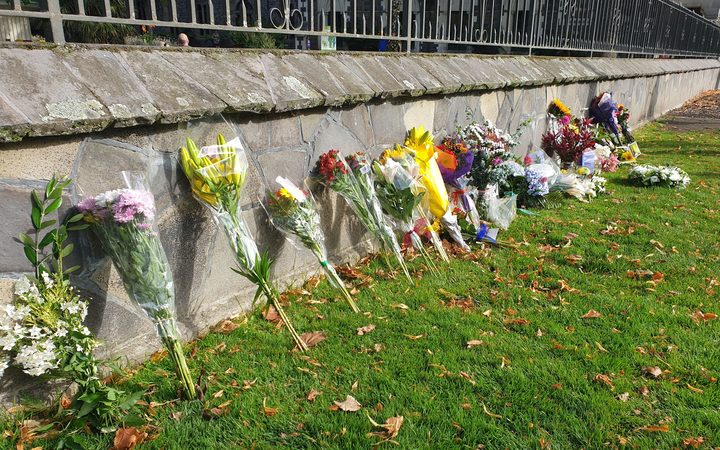 The Botanic Wall garden on Rolleston Ave has been made available for floral tributes Photo: RNZ/ Jonathan Mitchell