For the first time, Jewish synagogues across the country were closed on their holiest day of the week. 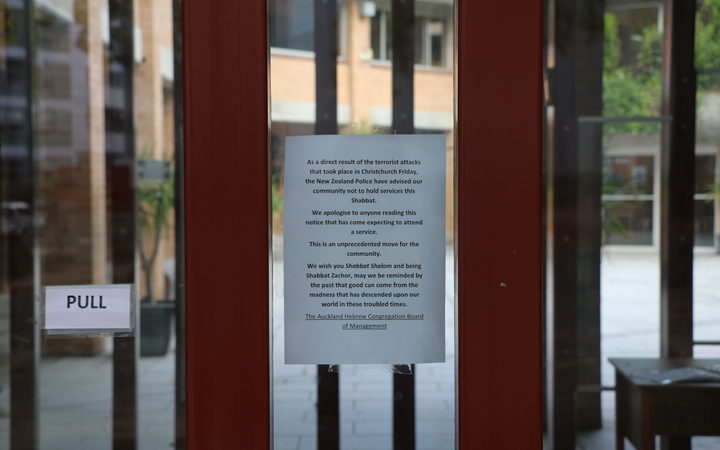 The police recommended the closures of all ten centres for the safety of those attending Shabbat - or Sabbath - services.

The president of the New Zealand Jewish Council, Stephen Goodman, said the synagogues were closed in solidarity with the Muslim community.

"This is, we believe, the first time that has ever happened in New Zealand," he said.

He said he was taking the police's advice "very seriously".

Mr Goodman said he had feared an attack of this nature would happen.

"While the country is relatively isolated, we have long been worried New Zealand is a soft target and unfortunately our worries have turned into a reality."

He said the attacks were a "brutal terrorist action" and Jewish communities around the world were shocked and deeply upset by news of the events.

He said the World Jewish Congress was one of several international groups to send messages of condolences to the local Jewish Council.

"We all feel as if it were ourselves almost," Mr Goodman said. "Because we have had the pain in the past and we do not want to see it happen to anyone else."

"It is not a crime against just one religious group or particular faith," he said. "They are attacks on our community as a whole."

He said he is aware of several Jewish groups, both local and abroad, who are planning to put forward donations to support the Muslim community in Christchurch.